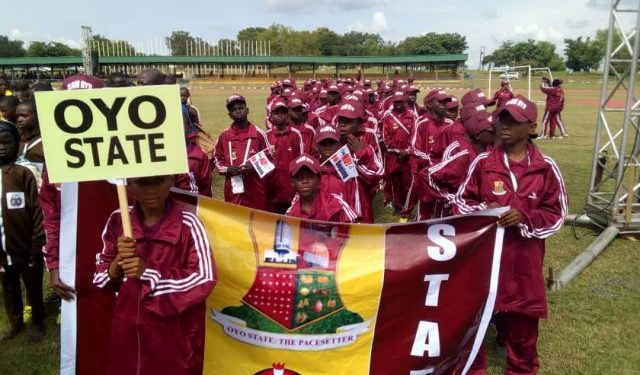 Oyo State government says it will field 296 athletes in thirty two games at the forthcoming 21st edition of the National Sports Festival tagged “ASABA 2022” which is scheduled to hold from November 28 to December 10, 2022 at the Stephen Keshi Stadium, Asaba, Delta State.

Director, Media and Communication of the Sports Council, Tunde Ajibike in a statement said the chairman stated further that fifty technical officials from Oyo State were registered to officiate at the National Sports Festival adding that the state was not leaving any stone unturned to ensure adequate preparation with a view to emerge victorious and perform excellently well in the forthcoming tournament.

He confirmed that some sports are already in open camp to fortify their skills and proficiencies.

Honourable Adewusi remarked that the National Sports Festival is the Nigerian version of Olympics games to showcase and nurture the potentials of the nation’s upcoming athletes for development of sports in Nigeria, stressing that it also serve as breeding ground for production of outstanding talent.

The Chairman said further that he is optimistic of the victory of the Oyo team considering the fact that they recorded enviable and exceptional track record in the past.

“They came fifth in the 2020 edition of National Sports Festival held in Benin city and also emerged second over all position in the first National Para Games tagged “Abuja 2022”.

“We are all basking in the euphoria of the outstanding performance of our three weightlifters that won gold, silver and bronze respectively at the Commonwealth games held in Birmingham recently”.

Honourable Adewusi posited that most of the known talents and outstanding stars that made Nigeria proud were discovered during previous National Sports Festival and commended the Federal Government for sustaining the bi-annual National Sports tournament.

Addressing the athletes during their training sessions, Honourable Adewusi handed the athletes a tall order to surpass the standard set in the previous editions.

“I will like to enjoin all the athletes to redouble your efforts to win more laurels for Oyo State, the state is looking forward to win more gold medals that will facilitate representation of Nigeria in International tournament in the foreseeable future”.

He also commended Governor ‘Seyi Makinde for creating an enabling environment for new and progressive ideas to thrive in the sports sector, stressing that the remodelling and rehabilitation of Lekan Salami Sports Complex and other five sports facilities across the geo political zones of the state have affirmed to the prioritisation of sports and sporting activities in Oyo State.