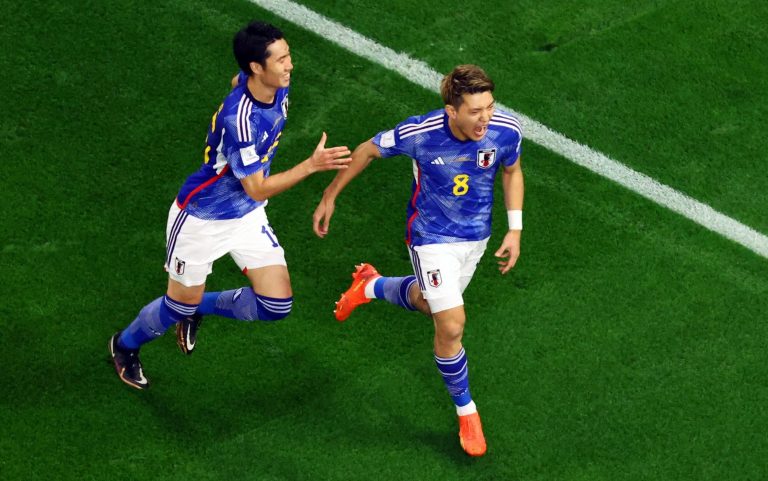 Japan stunned Germany 2-1 in their World Cup opener on Wednesday, punishing the four-time champions for not taking their chances after they dominated the first half.

The German team covered their mouths for the team photo before the match in a powerful protest against FIFA’s decision to ban rainbow-themed armbands.

Hansi Flick’s team came to Qatar under huge pressure to avoid the disaster of 2018 when they failed to make it out of the group stage in Russia as holders.

They took the lead through a first-half penalty from Ilkay Gundogan and should have been out of sight after creating a host of chances.

But Japan hung on and equalised through substitute Ritsu Doan in the 75th minute.

Germany’s World Cup future is now on the line, with games to come in Group E against Spain and Costa Rica.

Japan are eyeing a place in the knockout round after a dramatic comeback that scarcely looked possible at the end of the first half.

The Blue Samurai made a positive start, with Daizen Maeda putting the ball in the net as early as the eighth minute only for the linesman to flag for offside.