Oyo PMS Is A Revenue Hub, Different From NURTW That Shares Monies Among Her Leaders— Auxilary Speaks 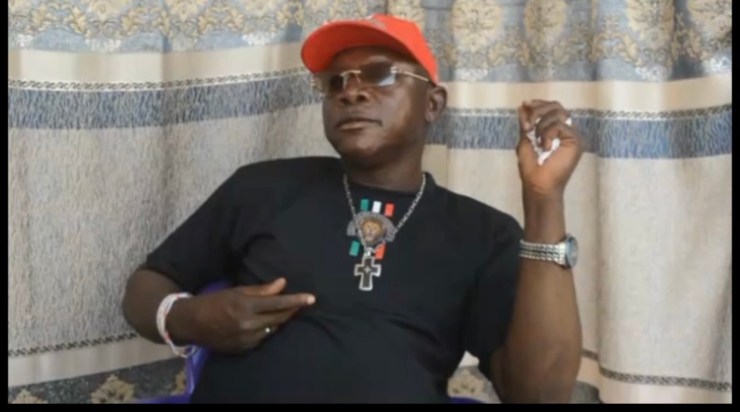 The Chairman of Oyo State Park Management System (PMS), Alhaji Mukaila Lamidi otherwise known as Auxillary has said that contrary to the negative projection by anti-government elements in the state, the motor parks regulatory body has been a source of revenue to the state government.

Alhaji Mukaila made this disclosure in Ibadan last weekend while playing host to journalists to discuss affairs and operations of PMS In Oyo State.

He explained that during the era of the proscribed National Union of Road Transport Workers (NURTW), all revenues generated from motor parks and garages across the state are shared among its leaders with nothing extended to the state government.

He added that it was this culture that has long depleted government’s revenue but noted that PMS has continued to remit revenues generated to the state coffers since its creation which has also translated to evenly spread infrastructural development across the geopolitical zones in the state.

The PMS boss stated that other states including Lagos, Ondo, Ekiti who have since emulated Oyo State in adopting the park management system can attest to the improvement in their revenue generation base while crimes emanating from hooliganism and thuggery at motor parks and garages have since reduced.

On the allegation that some of his people are responsible for the destruction of opposition billboards in the state, Alhaji Mukaila denied such insinuation maintaining that there is no need for him or any of his people to execute such a dastardly act ” I have instructed my people to ensure that any billboard irrespective of Party erected in their jurisdiction should be protected, as I will hold them responsible for any vandalization of such billboard that may arise.”

Also speaking on other security issues he has been accused of, the former acting Chairman of Oyo state chapter of NURTW noted that the allegations are lacking in substance as they are politically motivated he said ” I am presently an employee of this government, why should I willfully do anything that will disrupt the peace of the state”. He queried. ” I am not a thug or a street fighter, I am a complete gentleman” he added.

Alhaji Mukaila reiterated that he is not a bad person, stressing that he has done his bit in reaching out to the less privileged in the society, he said those who have had course to relate with him has benefitted immensely from his philanthropic gestures.

Lastly, he urged all PMS members to be law abiding and steer clear of any act that can lead to breach of peace in the state.