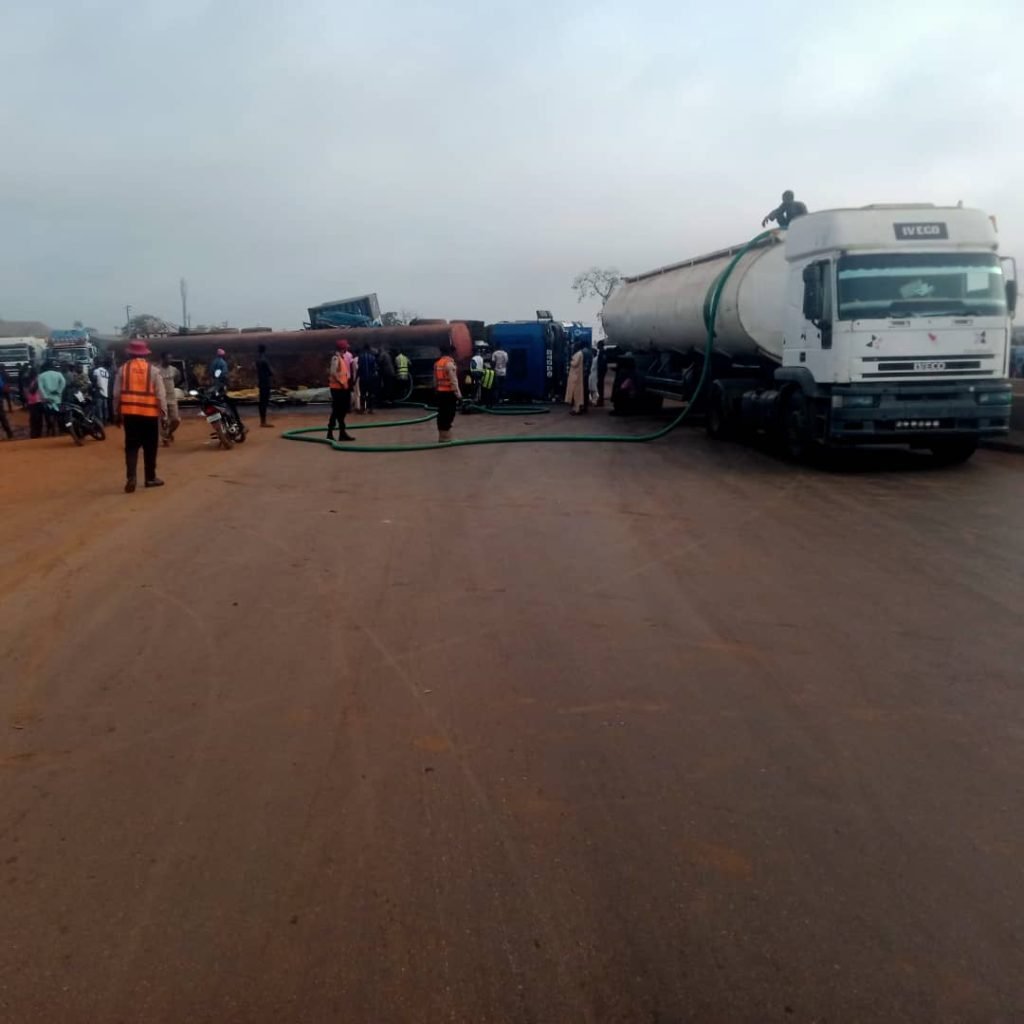 There is temporary diversion on the Lagos-Ibadan expressway after a diesel-laden tanker falls on Sunday.

The Federal Road Safety Corps (FRSC) accused the tanker driver of dangerous driving “by making a sudden entry into the road from the park.”

Ogun FRSC spokesperson, Florence Okpe, disclosed that the tanker eventually “crashed and blocked the entire section of the Lagos bound.”

Okpe told Newsmen that two persons were injured in the incident, saying no life was lost.

The injured victims, according to Okpe, were taken to Victory Hospital in Ogere for medical attention.

“The diesel content is being transferred to another vehicle,” she stated, adding that FRSC operatives were on ground managing the traffic situation.