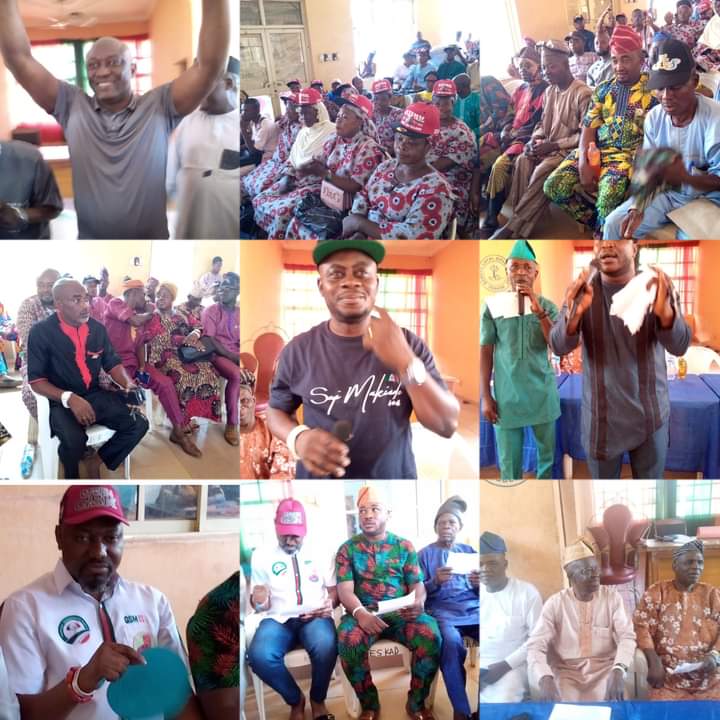 As part of the strategic planning ahead of 2023 general elections, The People’s Democratic Party (PDP) Stakeholders in Egbeda local government meets to foster Unity, Strategize and ensure that all Party Candidates emerge at the polls.

Welcoming all Party Stakeholders, the Egbeda Campaign DG for the re-election of Governor Seyi Makinde, Hon. Ifeoluwa Akande admonish Party Chieftains to move in one direction towards achieving set goals, he urge them to be courageous and pour out their grievances, adding that it’s the only way the party can work together and forge ahead without any hindrances from any quarters.

The Senatorial Campaign Director General for Governor Seyi Makinde’s re-election bid, Hon. Ezekiel Temitope Oladimeji Charges everyone to ensure all hands are on deck, adding that together the party is position for greatness and Victory is certain for all candidates come 2023.

Speaking Further he assures members not to panic over the issue of its Presidential Candidate Alhaji Atiku Abubakar, adding that the party will vote for it’s candidates across party line, and that by the special grace of God, all candidates under the umbrella of the People’s Democratic Party (PDP) will be victorious at the polls.

The Chief host who is also the chairman of Egbeda local government Hon. Sikiru Sanda in his remark, “said the theme of his message is ‘O’ TOPE” we have every cause to be grateful in Egbeda local government, we are one united family, a lot of things have threatened our unity over the years but we grew stronger, I believe we’ve made a statement with our resolved Party Spirit, now it’s time for us to take this united spirit to the polls, and show them what stuff we’re made of.

The Algon Chairman read out the numbers of registered voters in each wards and charged all wards to transform these figures into votes come 2023.

Members from each wards gives account, contributions and complaints on critical party issues, all complaints were well addressed, and channeled to the appropriate quarters.

In his remark, the representative of Governor Seyi Makinde, who also doubles as a party Leader in Ward 10 Egbeda L.G, Otunba Seye Famojuro appreciate everybody, he affirmed the Candidature of presidential candidate of the People’s Democratic Party (PDP) Alh Atiku Abubakar and urge everyone to work for the success of all party candidates, adding that members contribution will be noticed and rewarded accordingly.

He assures party chieftains that all issues raised will be tabled before His Excellency Gov. Seyi Makinde, adding that the Overall leader of the Party will take appropriate action on all issues before him.