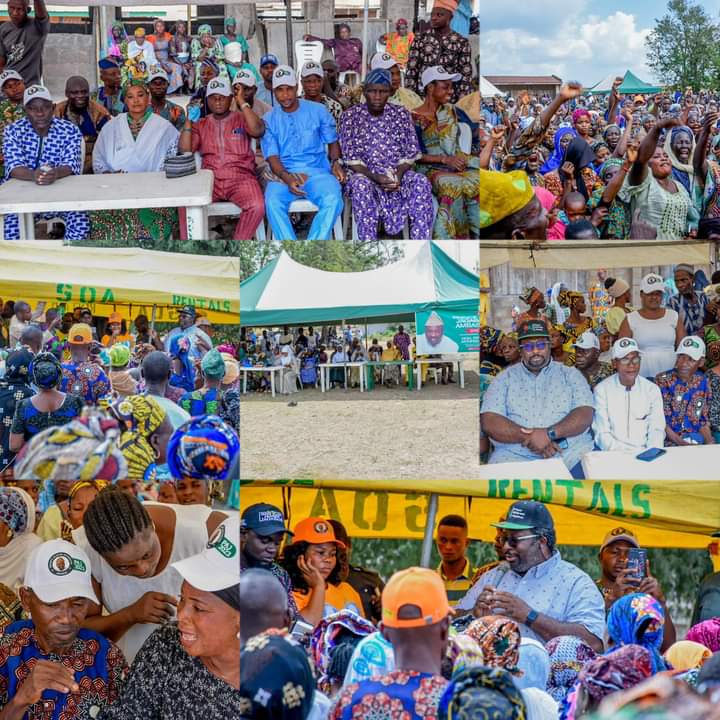 This meeting which held in Igboora was hosted to once again serve the purpose of the regular interaction and deliberation between Prince Akinremi Jagaban and his Ambassadors in Ibarapaland, while it was an avenue to encourage PAJ Ambassadors across the 3 LGA’s of Ibarapaland to mobilize support for all candidates of the All Progressives Congress (APC) in the forthcoming general elections.

Hon. Olaide Akinremi who is contesting for re-election as the House of Reps member for Ibadan North Federal Constituency under the All Progressives Congress (APC), speaking through his representatives appreciated his followers from Ibarapaland, and stated that though his election is restricted to Ibadan North, he is charging PAJ Ambassadors in Ibarapaland to canvass support for candidates of the APC across Ibarapaland, Oyo State and Nigeria.

Earlier in April 2022, Prince Akinremi Jagaban hosted stakeholders from the entire 9 LGA’s comprising Oyo South to a town hall type of deliberation where important matters were discussed as regards the progress of Oyo South and Oyo State. He also recently hosted all House of Assembly candidates of the All Progressives Congress (APC) in Oyo South to a meeting where issues pertaining to their campaigns and needs were deliberated upon.

While PAJ Ambassadors in Ibarapaland appreciated Prince Akinremi Jagaban for the interface, his representatives at the meeting made it known that PAJ Ambassadors in the other LGA’s under Oyo South Senatorial District will also be hosted to similar meeting with the same aim of galvanizing support for all APC candidates, as Prince Akinremi Jagaban is well concerned with the APC winning all elective positions in Oyo State come 2023.