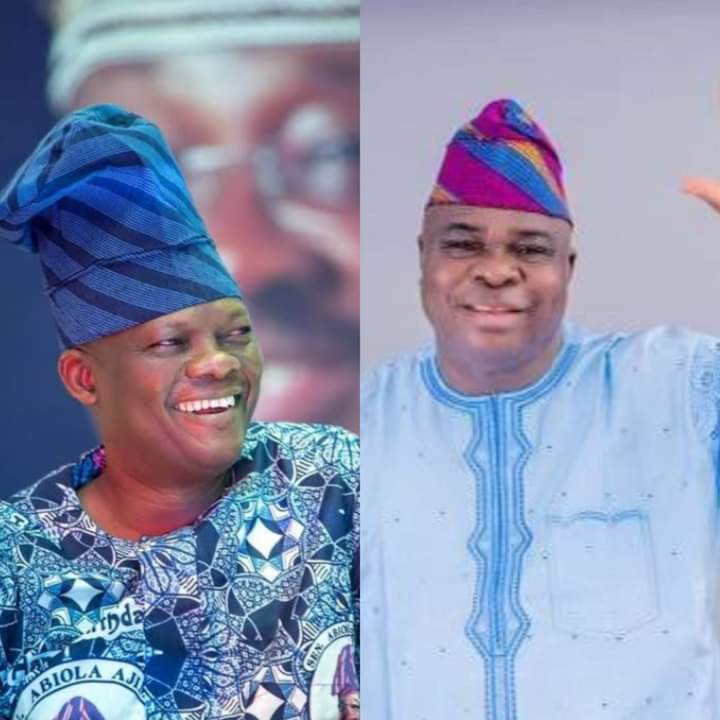 The New Nigerian People’s Party (NNPP), Oyo state chapter on Tuesday said All Progressives Congress (APC) is deceitful in nature, saying the party has again begun its antics of deceiving the people of Oyo State, pretending to be relevant.

Recall that APC announced that about 3,000 members of NNPP members decamped from the party to join APC, at the flag off of the governorship campaign in Oyo town.

Oyo NNPP said with all indications and findings, the purported declaration was untrue and it was cooked up to gain undue relevance and popularity, which the party did not deserve.

This is contained in a statement signed by the Oyo state NNPP publicity secretary, Mr. Femi Olaitan Hero, made available to newsmen and obtained by westerndailynews.com

Femi Hero said APC fabricated the lies in circulation in the public space which unfortunately were being accepted by the good people of the State who had for a long time done with it.

The party said, the information peddled by the APC that 3,000 members of NNPP decamped to APC during the flag of their campaign, was not true and was a ruse, as no member of NNPP which is the rave of the moment in Oyo State joined the party.

Speaking further, NNPP said, It is rather sad that the APC which has always been dwelling in deceit could still condescend so low now, at a period when it ought to be sober to still keep on fabricating lies to gain the support of the people of Oyo State, who are now comfortable finding solace in the New Nigerian People’s Party, ready to make a change in the delivery of dividend of democracy to the people of our great State, who are already fed up with the old order.

NNPP said, what the APC and its gubernatorial candidate in Oyo State did was “an indication that the party would never stop being fake and deceitful because all the people said to have joined them, from the NNPP are not and have never been members of the party, said that the APC stage-manage the defection, therefore challenge them that the party is morally bankrupt and without integrity to have come up with such blatant lies’. “

According to Femi Olaitan Hero, NNPP explained that neither the APC nor its governorship candidate is needed or an option for the people of Oyo state because the combination means failure to the masses.

The Oyo NNPP said “ It is high time the governorship candidate of All Progressive Congress ( APC ), Senator Teslim Folarin, and his party stop aiming what they did not achieve and should also stop using the NNPP to score cheap points, knowing fully well, that the focus of the people, now in Oyo State, is on a different order and now found in the NNPP, his governorship candidate, Engineer Pooola Olukayode Joshua, a decent and highly disciplined politician in the race to serve the people, and the leadership of the party Alhaji Abdul Rasheed Adebisi Olopoenia, known to be a crowd and grassroots mobilizer.

” The misinformation fed to the people of Oyo State by the APC was an indication that they were just chasing shadows.

” The truth is, no member of the New Nigeria People’s Party ( NNPP ) was there at their Jankara flag-off in Oyo town on Monday.
Our members are committed to the party and we believed that no serious-minded people would join or want to associate with people that have no integrity to protect.

The deceitful tendencies of the APC have therefore created a problem for them and their governorship candidate which is enough to run away for them. Our members have all they want with us.”

” APC has lost the 2023 elections from the start of their primary elections, the party has sent out trusted and popular candidates and all the jamboree preparation is of no need. Today in Oyo state politics, nobody is going to feel satisfied to join or campaign for an undemocratic party like APC, which is already a discredited party with its leaders and members.

” We repeat, those put up on stage as decampees, were never members of NNPP which is verifiable.

NNPP thereafter challenged the Oyo APC to publish the list of the names of the defectors, Local government, Wards, and the positions they were holding while in NNPP.