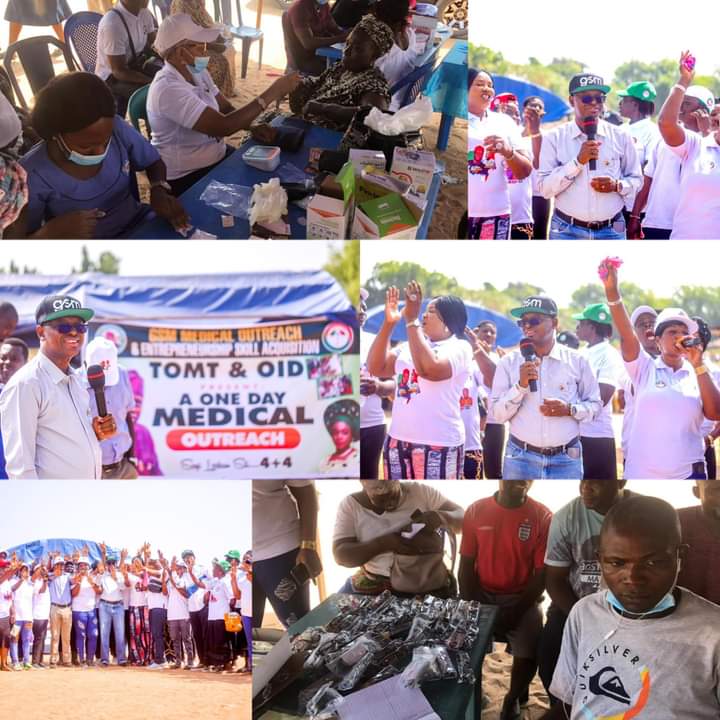 In Ogbomoso township stadium earlier today, the top campaigners for the return of Engr. Seyi Makinde as the Governor of Oyo State for second term, Tamunominini Olufunke Makinde Team (TOMT) in partnership with Omititun In Diaspora (OID) organized a ‘One Day Medical Outreach and Entrepreneurship Skill Acquisition’ exercise.

While addressing the press at the venue, Professor Dahud Shangodoyin – the Oyo State Commissioner of Works and the Coordinator of the exercise said: “The Training segment of this exercise is to empower Youths of the State with relevant skill for them to be employable and employer of labour, then through the medical outreach, we are trying to facilitate eye-glasses for those with eyesight challenges in the State, particularly here in Ogbomoso”.

While recommending Governor Seyi Makinde for a second term in Office, Mr. Olufemi Awodele – State Ambassador Leader of OID recounted the achievements of Makinde in the concluding first term and vouched even better performance if elected for the second term in the Office.

Also Mrs. Bukola Adeyemi – State Coordinator of TOMT gave the goodwill of Her Excellency, Wife of the Governor of Oyo State, Madam Tamunominini Makinde with the assurance of better welfarism for the children and women moving forward.