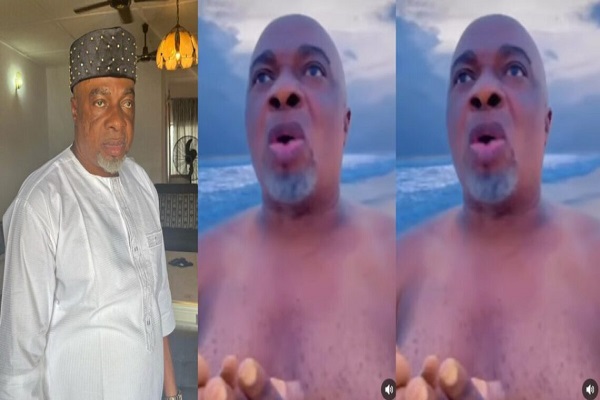 In past months, Olaiya Igwe has been in the news on different occasions for controversial reasons.

The veteran actor in a new video, which has gone viral, stripped himself as he prayed at the beach for the electoral victory of the All Progressives Congress (APC) presidential candidate, Asiwaju Bola Tinubu.

The now-viral video has elicited mixed reactions from fans.

The video captured the veteran actor from behind stripped.

He turned around and was caught in a headshot as he prayed to the ocean for Tinubu’s victory.

In his caption, Olaiya revealed that it is his pleasure to support a candidate who truly reflects our values and highest ideals.

Olaiya noted that he believes that BAT would be the best to protect our dreams and fight hard to keep the promise of Nigeria for the next generation.

“It is my pleasure to support a candidate who truly reflects our values and highest ideals. There is one candidate in this election who will protect that dream.

“One leader who will fight hard to keep the promise of Nigeria for the next generation. And that’s why we must stand up and make ASIWAJU BOLA AHMED TINUBU JAGABAN the next president of Nigeria,” he said.