‘My Life Threatened For Exposing Irregularities In Adeleke’s Certificate’ 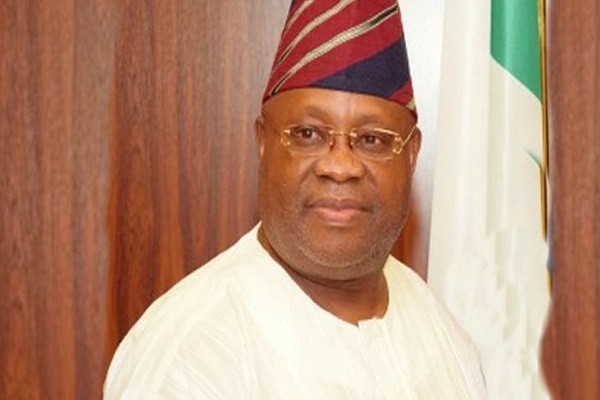 An ex-officer of Department of State Services (DSS) and chieftain of Peoples Democratic Party(PDP) in Osun State, Akin Adeyi has petitioned the Assistant Inspector General of Police, Zone XI over alleged threat to life by loyalists of Governor Ademola Adeleke.

This Newspaper recalled the restaurant of Adeyi along Ring road, Osogbo was demolished under the supervision of a popular chieftain of PDP and men wearing police uniforms on Saturday.

The PDP chieftain, in a petition titled, “Re: Threat to my life- Save my soul” addressed to the police which was copied DSS, noted that he has petitioned the agencies before over threat to his life.

According to him: “I am compelled to write for the second time in this year to seek for the protection of the Osun State police command and the DSS over several sponsored assaults and threat to my life by some privileged people in the state.

“It is a fact that I exercised my right as a member of the People’s Democratic Party early 2021 when I approached the PDP Governorship Aspirants Screening Appeal Committee with a petition against the academic qualifications and records of Senator Ademola Adeleke.

“The panel agreed that the credentials contained lots of damaging errors and fraudulent claims.The panel thanked and appreciated me and thereafter directed that the Osun PDP and the aspirant’s handlers work on the documents before its final submission to INEC.

“Arising from this, my life has been frequently threatened such that I had to formally complain to the police authority and the DSS also the Osun and Nigeria public.

“Since then, the threats and attacks have continue unabated. But, i decided to keep my cool, till this moment, the credentials of the Governor still remain a subject of litigation but I have since said what needed to be said and moved on.”

Adeyi added: “My business place was demolished with bulldozer on Saturday. Before it’s illegal and criminal demolition by Governor Ademola Adeleke’s agents, my business resort spread over four plots of land and its worth was in the several million of Naira.

“My life is their target and I hereby appeal that the police and DSS look into the matter and save my life and those of my family members.”