Pantami to Makinde, Other Governors: Create Ministry Of Digital Economy 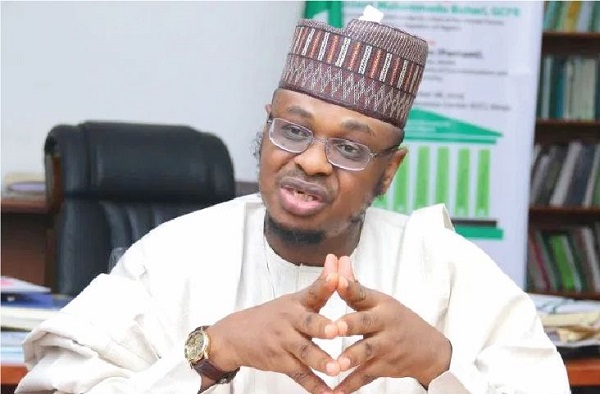 The Minister of Communications and Digital Economy, Prof. Isa Pantami, yesterday urged governors to consider the creation of the Ministry of Digital Economy in their domains.
He said this would enable every state to access numerous opportunities in the sector.

Pantami spoke when he led top officials of the Federal ministry and its agencies to visit Oyo State Governor Seyi Makinde at his office in Agodi, Ibadan, the state capital.

The minister said the delegation was in Oyo State to attend the 10th National Council on Communication and Digital Economy after the state had beaten four other states to clinch the hosting right.

He added that the team was at the governor’s office to thank his administration for its support and hosting the event.

Pantami said: “We are in Oyo for the 10th National Council on Communication and Digital Economy. I am here representing President Muhammadu Buhari…

“Also, we’re here to encourage the state to establish the Oyo State Ministry of Digital Economy as we have so far in Imo and Edo states. The way ICT is developing and contributing to the economy, job creation and many more, it cannot be left under another ministry. There is the need for an independent ministry in charge of digital economy.”

“Particularly at the Federal level, from 2019 when I took over till date, I was given a mandate to increase revenue generation and, based on independent assessment by foreign commonwealth and development office of the United Kingdom (UK), and KPMG where all the ministries were evaluated and presented to Mr. President during the last ministerial performance retreat held recently, it was discovered that we have increased revenue generation in the Digital Economy sector by 594 per cent. “

The minister alluded to a recent memorandum of understanding (MoU) with American tech giant, Microsoft, saying: “Recently, we signed an MoU with Microsoft where they will train 5 million Nigerians for free and not only in basic trainings but cutting-edge trainings, high demand skills required globally and particularly.

“Today, there is a mismatch between our curriculum in some higher institutions of learning and the opportunities out there.

“So, we provide trainings that will address the mismatch that we have so that our citizens can be employed locally and internationally. This is along with several trainings that are ongoing with state ministries. They will be able to get more of that.”

Makinde, who was represented by the Secretary to the State Government (SSG), Mrs. Olubamiwo Adeosun, said the state government was keying into the Federal Government’s policies by transiting from manual to digital administration.

She said: “Like the minister said, indeed in Oyo State, we understood that for us to make progress and for us to be able to make impact that we wanted to make since we came into office in 2019, ICT was critical.

“To improve our economy, which is actually one of our strategic points; to expand our economy, investing in digital economy was also very important.

“So, from the very beginning, we had a policy and framework on ICT on our digital economy, that we’ve just been ticking the boxes on to get to where we are now.

“It’s no surprise to us as an administration that we became the best state last year. I’m interested in seeing what happens this year because we’ve remained on that path. I’m curious to see which state is actually going to beat us, in all fairness, with all objectivity and not because we hosted.

“It was because we were on that path that we were very pleased to host the council meeting in Oyo State this year. So, I’m glad that it’s gone very well. I look forward to joining all of us, and I look forward to a successful close tomorrow (today)…”