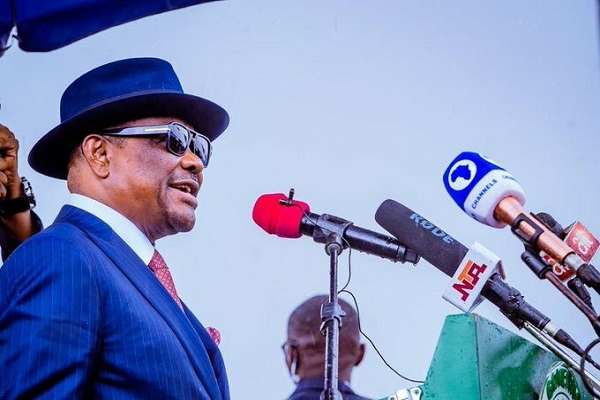 Rivers State governor, Nyesom Wike, has been conferred with the Honorary Doctor of Law Degree (Honoris Causa) by the Rivers State University (RSU).

The governor, who donated N1bn to the school, called for a change in the educational standard, insisting that the RSU must benchmark its academic programmes to meet global demands.

Wike, who spoke in Port Harcourt at the 34th Convocation of RSU on Saturday in Port Harcourt, said his administration had invested funds generously to improve infrastructure in the school and establish faculties particularly the College of Medical Sciences.

Wike recalled that at the inception of his administration, he constituted the Governing Council of the institution and charged them to develop the blueprint that would engender sustainable transformation in the university.

He explained that his administration also resolved the lingering strike of the academic staff and recalled the staff unjustly dismissed for union activities by the previous government.