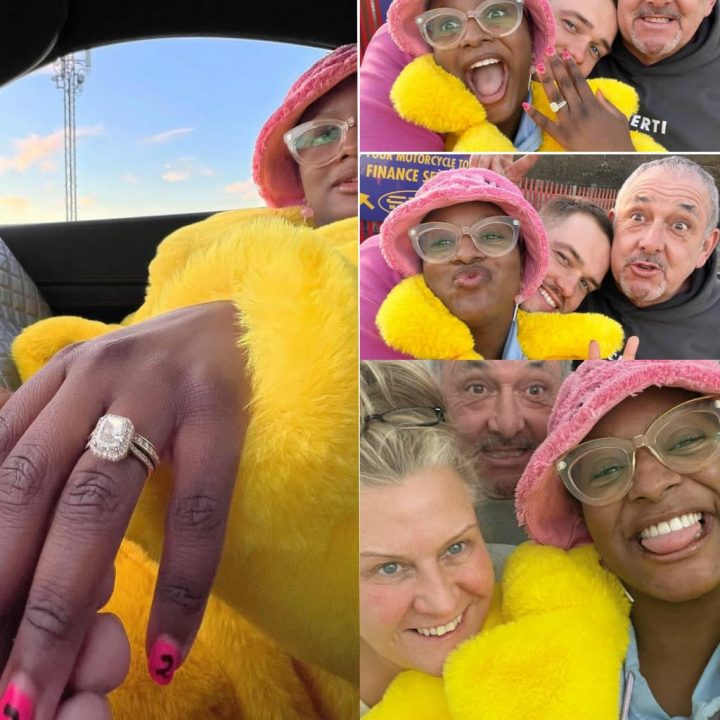 Nigerian disc jockey, Florence Otedola popularly known as DJ Cuppy, on Tuesday flaunted her diamond engagement ring on social media and shared pictures from her meeting with her fiancé’s family.

In the photos posted on Instagram, Cuppy is seen with her husband-to-be, UK boxer Ryan Taylor, his father and mother.

Captioning the post, Cuppy said she had now become a part of the family.

She wrote, “Hi, my name is Cuppy and I’m part of your family now #CuppyDat.”

Cuppy got engaged to her lover in November and she also revealed that they met 25 days prior to their engagement.

Earlier in July, the daughter of billionaire businessman, Femi Otedola, said she could afford to travel to the best places in the world, lamenting however, that despite how rosy her life looked, she seemed not to have got it right when it came to relationships.

On different occasions, she had spoken about waiting for the right person. When her younger sister, Temi got engaged, Cuppy stated that she couldn’t also wait to have that experience.

The singer seems to have had her dream come true and is yet to announce dates for the solemnisation of their union.