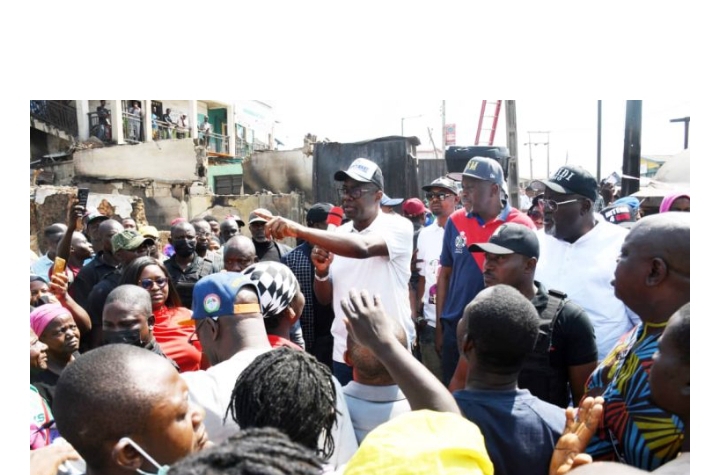 The Oyo State Governor, ‘Seyi Makinde has announced a palliative of 10 million naira for traders and residents who lost properties in last Thursday’s petrol tanker fire, which rocked Apata area of Ibadan.

The governor made this announcement on Tuesday when he led top government officials to the scene of the fire disaster, to assess the level of damage.

A statement by the Chief Press Secretary to the governor, Mr Taiwo Adisa quoted Governor Makinde as saying that the palliative would provide immediate succour to the victims.

He said: “This is unfortunate, but as a government of the people, we will do everything within our power to ensure that we provide relief for them.

“I have just asked that an immediate relief of N10m should be given to them at least to have something for this holiday while we look at the list and extent of the losses here”, he stated.