‘ll Remain Truthful To The People of Oyo State, If Re-elected – Makinde 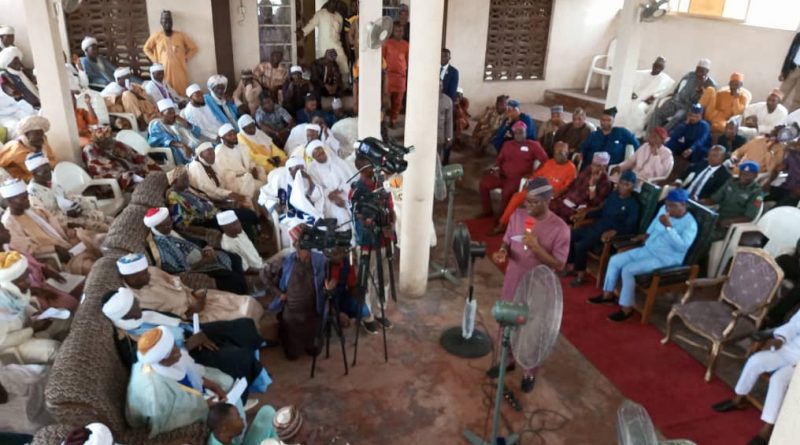 Oyo State Governor, ‘Seyi Makinde, on Thursday declared that his administration will remain truthful to the people of Oyo State, if re-elected.

The governor while speaking with the Oyo State League of Imams and State Rabith’s Acquaintance at the Rabitot-ul-Aimmat Wal Ulama South West office, near Bodija Market, Ibadan, said he will continue to be fair to all religious faithful in the state.

A statement by the Chief Press Secretary to the governor, Mr. Taiwo Adisa, quoted Makinde as saying that his administration has been handling issues relating to religious bodies in the state objectively since assuming office.

According to him, his administration has been maintaining the policy instituted on the use of Hijab in the public schools of Oyo State by the previous administration in the state.

He charged the electorate to cast their votes based on merit, saying that there won’t be any room for those that want to divide the people through religion.

The governor said: “I have noted all the things you have said and if I summarize everything, what you mean is that I am returning as the governor of the state. “And I can assure you that the next government will be better than what we currently have.

“I agree that there are some misconceptions and if I did not address them, people may not be well informed about certain things.
“You talked about appointments into the pilgrim’s welfare board and Education Secretaries. We appointed the education secretaries about two days ago and we have 10 Muslims out of 33 of them.

“The current Commissioner for Education is a Muslim and you know education is one of the major pillars of this administration. Let me repeat it again, if our elites want to cause division with religion, it won’t be possible. As we speak, we have more Muslims holding top positions in this government and I am the only Christian in this echelon.

“What is important is to ensure that those we have appointed deliver dividends of democracy. “We have been trying to balance appointments but must be careful with the way some critics are manipulating data for us. When this government came in, we said there is a gap in our secondary schools and the standard has become low. That was why we recruited 5,000 teachers. I met with stakeholders and said if we must reverse the rot in the sector, 80 per cent of the teachers must be recruited on merit, and 20 percent can be given special consideration.

“And I am happy that we are seeing the result now because the report available to me is that the best set of teachers came from the recruitment, and they are the ones in our schools now.

“On hijab wearing, there is a policy we met on ground and I have not changed it because it has served us well. If there is a need to review it, we will go through that process. I am the first sitting governor that has gone to greet Baba at home and played with him. I will still come back to greet him.

“On the pilgrims welfare board, when I got into government, I was told it is the government that is in charge of the appointments. But I did not do that. Instead, I consulted Baba and he did the needful.

“Now, let me tell you, if I have the opportunity to serve you again, I will remain truthful to you. “And most of the things you pointed out are challenges for us to look at. There are things they said would not be achieved by our administration when we made the promise, but today, we have achieved them.

“We have been able to secure the sole ownership of LAUTECH.

“Also, we have been able to upgrade Emmanuel Alayande College of Education to University of Education. We also have the First Technical University, which is a specialised institution looking towards the future. Oyo State, by the virtue of the foundation we are laying, in 40 years to come, we will be at the forefront of the knowledge economy.”

Earlier in their various remarks, Prof, Kamil Oloso and other representatives of the Imams, Commended Governor Seyi Makinde for his magnanimity towards the Muslim community in the state, as they charged him to be more diplomatic in handling religious issues.

In his sermon, Imam Mufasir Okunmebo, charged Governor Makinde and other political leaders in the state to be unbiased and just in managing the affairs of the state.

The programme featured special prayers for Governor Makinde and the state by the Chief Imam of Ibadan land, Sheik Abdul-Ganniy Agbotomokekere.