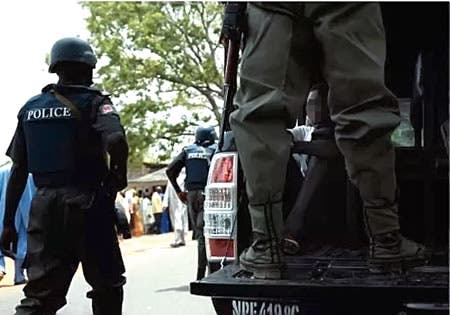 The Police arrested three persons suspected of being killers of Rachael Opadele and Olugbenga Owolabi three months after launching into investigation their deaths.

Rachel Opadele was a final-year student writing her project at the Ladoke Akintola University of Technology. Olugbega Owolabi was an Ogbomoso-born and United States-based hotelier.

Owolabi’s corpse was flown to the US for burial, while Opadele had since been buried.

Recall that on 8th August, a combined security team of the Joint Security Task Force in Oyo State, otherwise known as Operation Burst and Western Security Network code-named Amotekun on Sunday stormed forests in Abaa, Surulere Local Government Area, Oyo, in search of the killers of the final year student of the Ladoke Akintola University of Technology (LAUTECH), Ogbomoso, the hotelier and one other person.