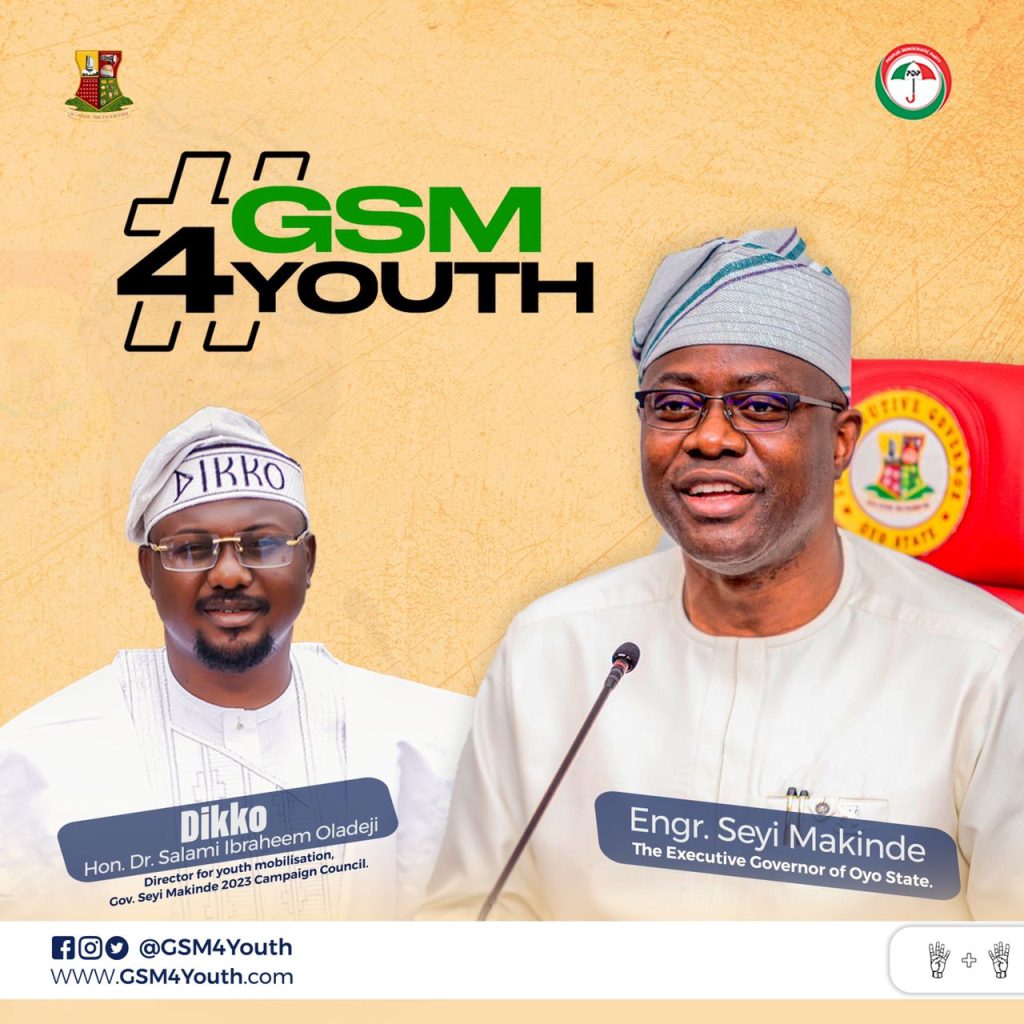 The Youth Mobilisation Director General of Governor Seyi Makinde re-election bid, Hon. Dr. Salami Dikko has Appoints the duo of Hon. Victor Olojede and Abiodun Oluwaseun of Co-ordinators of Student Affairs in his bid to intensify youths and students inclusion in the forthcoming general elections.

Victor Olojede is the SA student affairs to governor Seyi Makinde, while Abiodun Oluwaseun is the SA on Projects, The duo are Alumi of University of Ibadan (UI) and Ladoke Akintola University respectively.

In a statement made available to TODAY SPLASH by the Youth Mobilisation DG , Stated that other appointments will be made in due time. The statement reads….

Hon. Dikko Salami stated that other members of the committee will be announced soon.