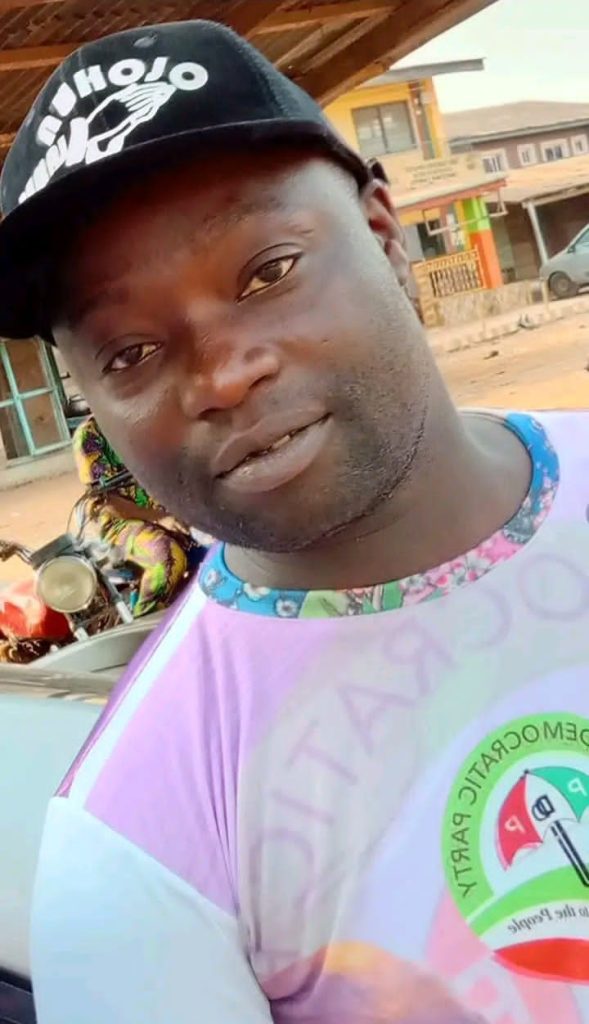 …….Condoles With Family, Assure of Support

The Peoples Democratic Party Candidate for Oyo Central Senatorial district Chief Luqman Oyebisi Ilaka has expressed deep sadness over the death of Mudashiru Baraka, a PDP youth who was gruesomely killed allegedly by a loyalist of the All Progressive Congress APC in Oyo.

In a statement by the Ilaka Campaign council and signed by the Director of Media Omolere Omoetan, while commiserating with the family of Barak, Ilaka noted that the death is a sad one and an unfortunate waste of life in his prime.

The Oyo-born Politician frowned at a situation where Politicians are inducing youths into violence.

The statement quoted Ilaka as saying that” it is unfortunate that some desperate Politicians have taken Politics to be a do or die affair, it shouldn’t be that way, why will they be working to destroy rather than build, it is unfair for Politicians to use the blood of the people to oil the wheels of their political ambitions.”

Speaking further, Ilaka reiterated former President Goodluck Jonathan’s remarks that his ambition does not worth the life or blood of any individual.

The former Chief of Staff to governor Makinde said that the OYO APC and its leadership are historically notorious for spilling blood, he, however, called on Party faithfuls to refrain from taking the laws into their hands, as he has confidence in the Police to discharge their constitutional responsibilities and bring the killers of Barak to justice.

Lastly, Ilaka affirmed that the death of Barak will not be forgotten, and stated his readiness to support the family as the need arises in the future. He emphasised his commitment to peace and urge Party members in Oyo to continue to tow the path of peace in the face of serious provocations from the opposition Party.