2023: Between Makinde And Opposition In A Season Of Coalition Threat (Part II)—Henry Odeh 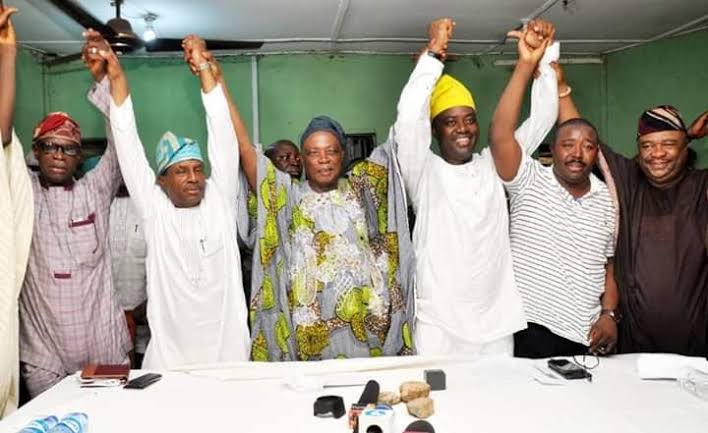 Because of the factors that all played out prior to the 2019 governorship election, Seyi Makinde of the Peoples Democratic Party (PDP) won 28 out of the 33 local governments in the state, leaving the All Progressives Congress (APC) candidate, Adebayo Adelabu, combined with federal might with only five local governments.

The governor-elect, Seyi Makinde received 515, 621 votes to defeat his closest rival from the APC, Adelabu, who polled 357, 982 votes leaving the margin of defeat to 157,639 votes making it unprecedented governorship election record in the history of Oyo state.

After Late former governor Abiola Ajimobi’s four-year first term, he contested for a second term in 2015 against two of his predecessors in office, Alao Akala and Rashidi Ladoja and was re-elected for the first time ever in the history of Oyo state, Late Ajimobi became the first person to occupy the seat twice in the state.

Consequently, the Late Ajimobi was nicknamed: “Kosheleri” (It has not happened before).

After his re-election, many believed that Mr Ajimobi ‘relaxed’ and felt too fulfilled to have broken a jinx.

“He allowed his re-election to ‘enter’ his head. He believed he has done what no man can do again. He neglected pensioners and talked to elders anyhow. He left some projects abandoned.

However, Late Ajimobi enjoyed the confidence and trust of APC’s national leadership to the extent of being entrusted with the reconciliation of members in other states but however, failed in reconciling the crisis of APC within Oyo state.

In 2018, the Oyo State chapter of the Nigeria Union of Pensioners filed a suit against Late Ajimobi and others over unpaid N42.3 billion pensions and gratuities to its members. A wrong situation that the incumbent, Seyi Makinde has not only corrected but has also continued to enjoy the full support of the senior citizens in the state

As 2019 governorship election drew closer, the late former governor appeared to have offended many influential interests or invariably so, including civil servants, traders, artisans, business operators including Fresh FM, one of the leading Ibadan based radio station in south west Nigeria, the Olubadan as a traditional institution following the face-off with the immediate past Olubadan of Ibadanland, Oba Soliu Adetunji, Aje Ogunguniso I, and a host of others.

Also, workers of Oyo-owned schools; primary, secondary, and tertiary institutions, students had clashes with the then APC led government in the state.

For several months, Ladoke Akintola University of Technology (a school co-owned Oyo and Osun) was shut due to the inability of the government to fund the school. This was also obtainable in the state’s colleges of education and polytechnics.

In 2016, secondary school students in Oyo state protested over the new educational policy in the state which aimed at privatising school ownership. Some protesting students destroyed a billboard of the late former governor.

In 2017 while LAUTECH was under lock and keys, a video of late former governor Ajimobi went viral on social media where he rudely addressed protesting students which eventually birthed the street slogan; “constituted authority”.

The LAUTECH imbroglio has also not only been permanently resolved by the incumbent, Governor Seyi Makinde, the institution has since become the sole property of Oyo state having reached an agreement with the Osun state counterpart for its sole ownership. Another feather on Makinde’s cap.

All these and many more factors occasioned the fall of APC at the 2019 governorship election suffice to say that APC had already lost the 2019 election before the polls held.

Looking at next month’s election in retrospect in the face of Makinde’s performance and delivery of good governance as well as his government’s relationship with the people you’d agree the Governor enjoys strong bond and street credibility as evident at his several public engagements and interactions with the people and on this account, you may be tempted to say next month’s election even with the tiniest of margin would swing in Makinde’s favour but then, there’s a threat of coalition by the opposition.

Whether or not Makinde has been able to replicate the same bond and confidence among his political associates, party stalwarts, political foot soldiers and diverse interests in the state remains a subject to be analyzed in the coming chapter 3. Watch out.