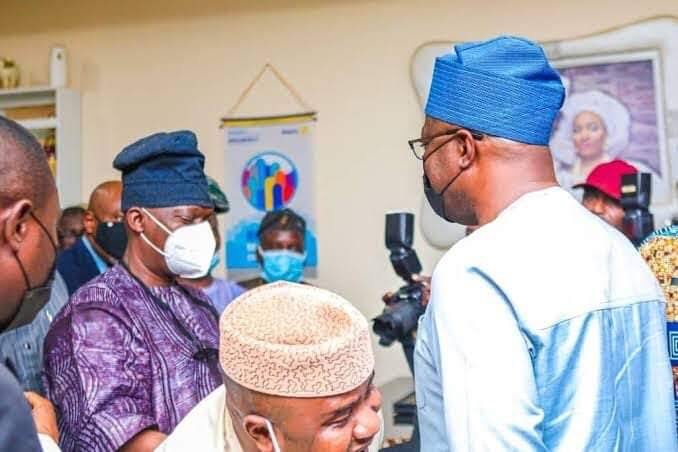 A stalwart of the All Progressives Congress, APC in Oyo State, Alhaji Bashir Adeola, has raised the alarm over divisive tendencies and lack of cohesion within the ranks and file of the leading opposition party in the state.

With the level of division and distrust in the party, the APC chieftain said the opposition party risked losing the governorship seat against the sitting governor whose populist policies resonate with the people at the grassroots.

He claimed that the APC had become more divided since the demise of Abiola Ajimobi and got to its climax when Senator Teslim Folarin and his camp hijacked the party structure in the last congresses.

Hon Bashir, however, noted that he and others will ensure that APC presidential candidate, Bola Tinubu wins the contest in Oyo State but that can’t be said in the gubernatorial election as minority camp has chased away the gladiators who are the majority from the party.

According to him, “The sudden and current happenings in Oyo State teach us to carefully remind the APC leadership in Abuja that all is not well with our party, APC, in Oyo State.

“The crisis in the Oyo APC started immediately after the death of our leader, Senator Abiola Ajimobi and up till date, the ill-feelings deepen daily with the fallouts of the party congresses from wards through the state to the party primaries for the election of candidates from the House of Assembly through the Governorship to National Assembly.

“This situation goes beyond these party congresses and primaries, as some of the APC legacy members are already leaving the party to other parties for the 2023 general elections.

“The situation of the APC in Oyo State is so precarious because we are so divided and disunited, which is of great concern to us.

“Our presidential candidate, Asiwaju Bola Tinubu had told the gubernatorial candidate in the state to beg, prostrate and embark on genuine reconciliation but what did we see?”, he queried.