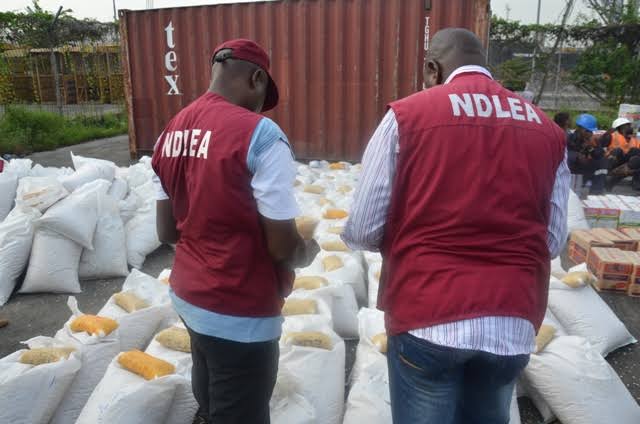 The national Drug Law Enforcement Agency (NDLEA), Oyo State Command, has said that it seized a total of 1766.9419 kilogrammes of various narcotic drugs and psychotropic substances from January to December, 2022.

Within the same period, the Command, under the leadership of Abdullah Saeed, arrested 296 suspects — 253 males and 43 females — within the age range of 17 and 70 years, for various drug offences which included dealing in drugs, possession, planting and trafficking.

Giving the summary, the Agency’s state Public Relations Officer, Mutiat Okuwobi, a Chief Superintendent of Narcotics, said that six locally-fabricated pistols, 15 cartridges and four rounds of 9mm live ammunition were recovered from suspects who were transferred with the weapons to the state police command.

She stated that within the same period, cannabis sativa farm on 3.851 acres of located at Oluwo village, along Akufo town in Ido Local Government Area, was destroyed in September.

This was a big blow to the planters whose investments were made to go down the drain,” the PRO said.

Also, under the reviewed period, Okuwobi said that cases charged to court were diligently prosecuted, resulting in the conviction of 52 suspects for various drug offences, with jail terms ranging from six months to 10 years imprisonment.

She said that the command equally made brief intervention in terms of counselling to 103 drug users and rehabilitated 13 clients in its mini residential rehabilitation centre.

“They have been successfully reintegrated into the society after completion of their rehabilitation period,” she further said.

Furthermore, the state command carried out some sensitisation programmes which included talks and lectures delivered to over 217 schools and some private organisations.

The PRO said that the state Commander of Narcotics, Saeed, enjoined leaders of religious organizations and bodies, traditional rulers, well-meaning individuals and the general public to join hands with the NDLEA in tackling the menace of drug abuse and trafficking.

According to the Commander, “we must take this as a responsibility to make our state safe, secure and prosperous.”