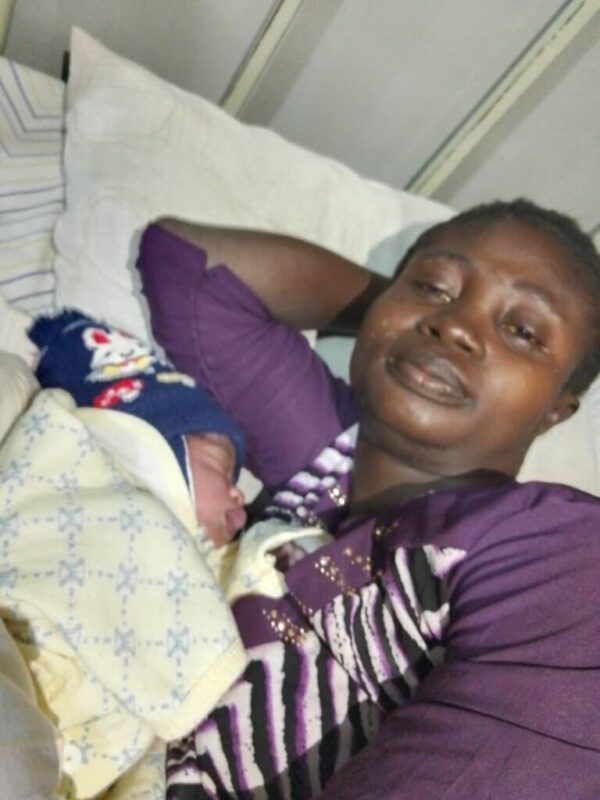 A mentally deranged woman who identified herself as Lara has delivered a bouncing baby boy at Odo Ona Kekere, Apata area of Ibadan, Oyo State capital

The lady, whose age is assumed to be between 25 and 30, delivered the baby in an uncompleted building at Ayileka street behind Bovas filling station Odo Ona Apata.

According to our correspondent who spoke with the lady, it was gathered that the woman who is dark in complexion was not coherent in her speech.

The incident was later reported at odo ona apata police station while the ministry of women affairs and social welfare has been informed of the case.

As at the time of filling this report the mother and the child were doing well at a private hospital.