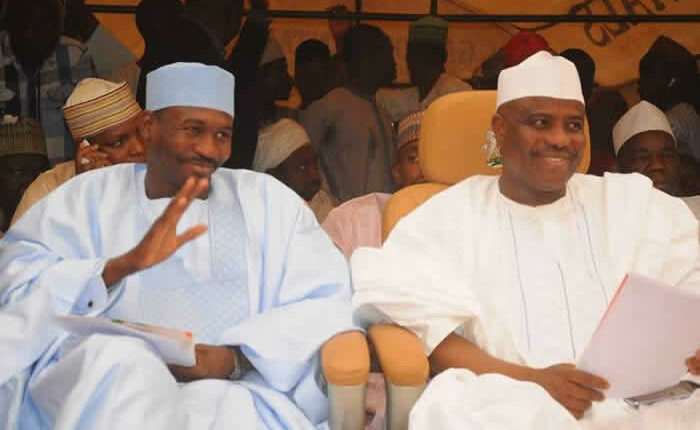 Their convoy was allegedly attacked while returning from campaign rallies in the Silame local government area and Wamakko local government area respectively was attacked in the outskirt of Wamakko town, on their way back to Sokoto township.
Others who survived the attack, include notable dignitaries on the convoy who escaped unhurt include, including the deputy governorship candidate Hon Sagir Bafarawa and the visiting Kebbi State PDP Guber candidate, Gen Aminu Bande (rtd).

An eyewitness, who described the governor and his convoy as a narrow escape told our correspondent that some of the cars in the convoy had their windscreen damaged.
An anonymous source said, “there was pandemonium and everyone had to think of escape. By the time the dust settled, two of the vehicles I can identify were those of the Governor’s Special Adviser on Media and Publicity and the official SUV that conveyed the Permanent Secretary (Protocol) to the Governor.

The highlight of the campaign rallies was the defection of Zayyanu Wamakko, a notable political ally of former governor Aliyu Wamakko, from the opposition APC to PDP, in the Wamakko local government area of the state.
Speaking with our correspondent, an aide to the governor who spoke on condition of anonymity confirmed the attack and said the party will react appropriately according to the law