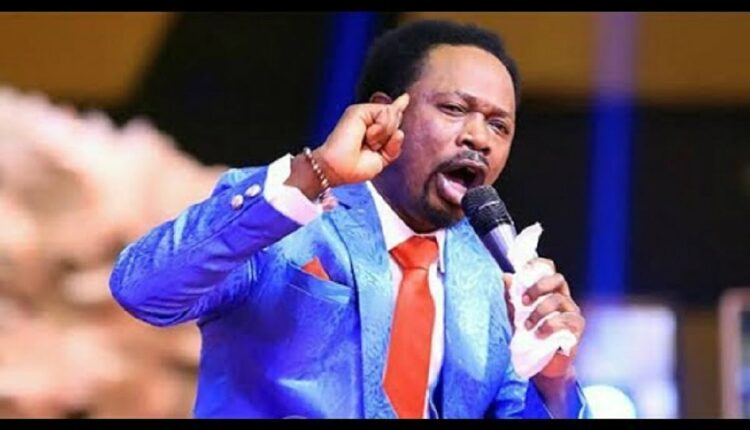 Founder and senior pastor of the Champions Royal Assembly, Prophet Joshua Iginla, has said the aggrieved governors on the platform of the Peoples Democratic Party (PDP) popularly called the G-5, would fall apart due to external forces.

In his New Year message, the cleric warned Rivers State Governor, Nyesom Wike, to avoid being poisoned adding that the embattled politician is a factor in this political dispensation.

His words; “I am particular about one of them. Sadly, there will be a crack among the G5. They will fall apart, and it will be due to external forces.

“The political party this G5 will support will make a difference, don’t undermine it.”

He added; “Wike will play a major political role in the destiny of this country. I am not saying this for enticement but the star is on his head somehow.

“He should watch over his health too and avoid being poisoned. Like I said, Wike is a factor.

“Even after election, the winners should pray to enjoy their health and not be travelling constantly abroad for medical attention.”

The G-5 consisting of Rivers State Governor, Nyesom Wike; Seyi Makinde (Oyo), Samuel Ortom (Benue), Ifeanyi Ugwuanyi (Enugu) and Okezie Ikpeazu of Abia, have been at loggerheads with the leadership of the party since the outcome of the party’s presidential primaries in May 2022.