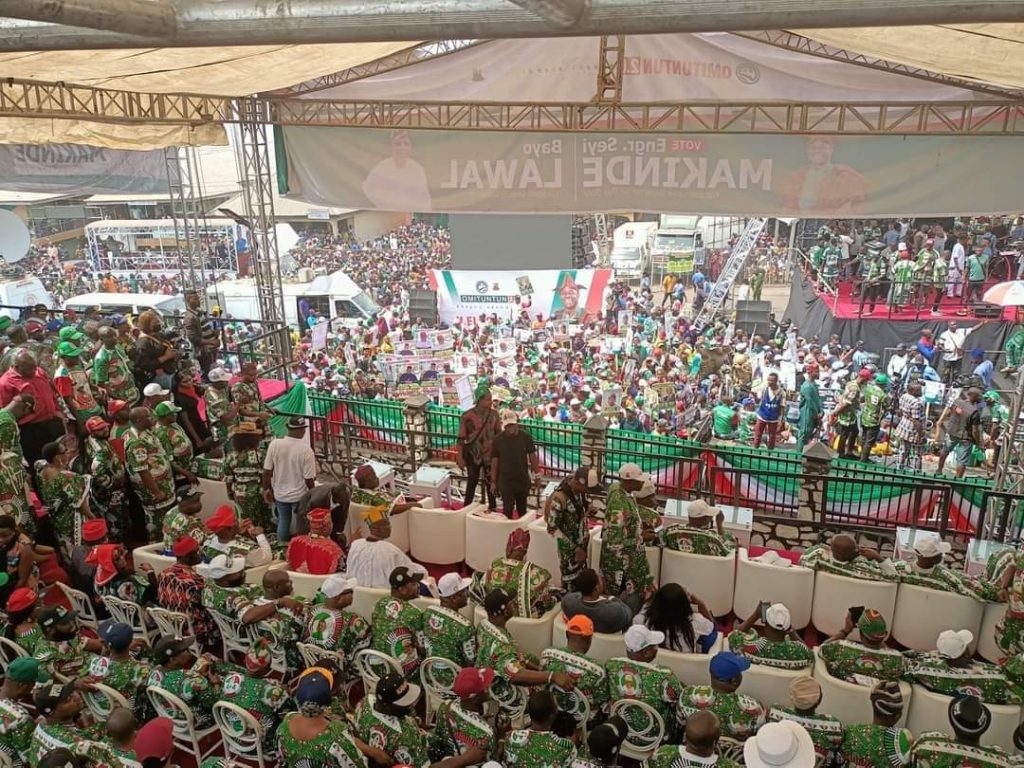 This was revealed Thursday at the PDP rally in Ibadan, Oyo state capital by the G5 governors’ spearhead.

Wike argued that Seyi Makinde is the only reputable contender running, asking voters to back the governor of Oyo in the state’s gubernatorial election.

“Let me use this opportunity and tell all of you (the electorates) if anybody is contesting (for the Oyo guber election) in other parties, today, 5th January 2023, please I’m giving you the final notice, withdraw now!

“The people of Oyo have spoken that it is PDP. Vote for Seyi as governor, vote for House of Reps, vote for NAAS (National Assembly), The other one (president), Seyi will talk to you.”