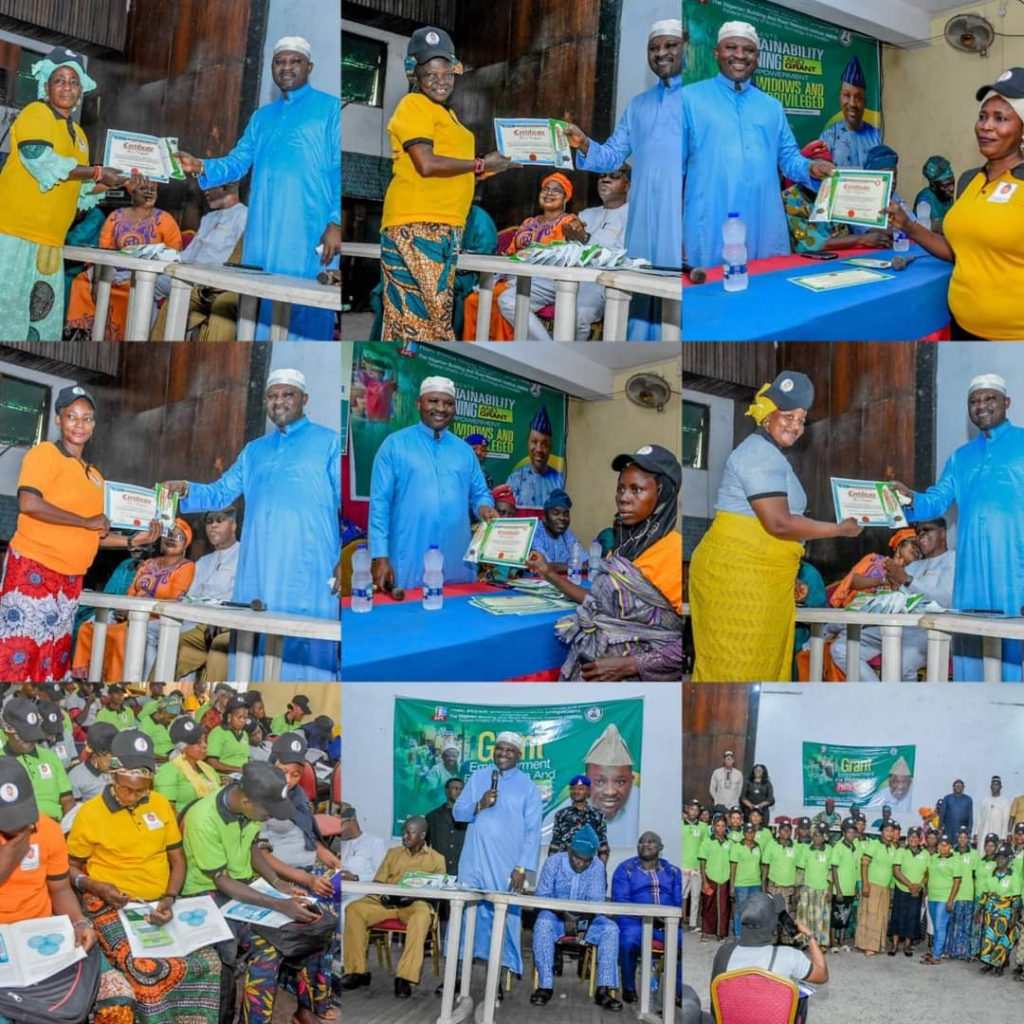 The House of Representatives member representing Ibadan North Federal Constituency, Hon. Prince Olaide Akinremi popularly referred to as Jagaban has empowered 300 of his constituents with grants at a closing ceremony of the training and empowerment programme held at two different locations within his constituency on Friday 6th January 2023.

Hon. Olaide Akinremi while addressing the beneficiaries explained that he had been facilitating empowerment programmes for his people six months after he resumed at the National Assembly, and this has remained a constant feature in his representation of Ibadan North Federal Constituency till date.

He noted that encouraging people to take up skills and business ventures is important as white collar jobs remain limited. This is an agenda Prince Akinremi Jagaban has been pursuing, while also supporting women and youths in this regard for several years now.

Hon. Olaide Akinremi further added that though we are in the election season, he will continue to deliver empowerment initiatives to the people of Ibadan North Federal Constituency as his service to them hasn’t stopped even with the general election happening in few weeks time.

Prince Akinremi Jagaban advised the beneficiaries to make good use of the grants given to them, while explaining that his reason for constantly facilitating empowerment programmes is to ensure a better living standard for his people, to help them achieve stability, financial independence and self sufficiency.