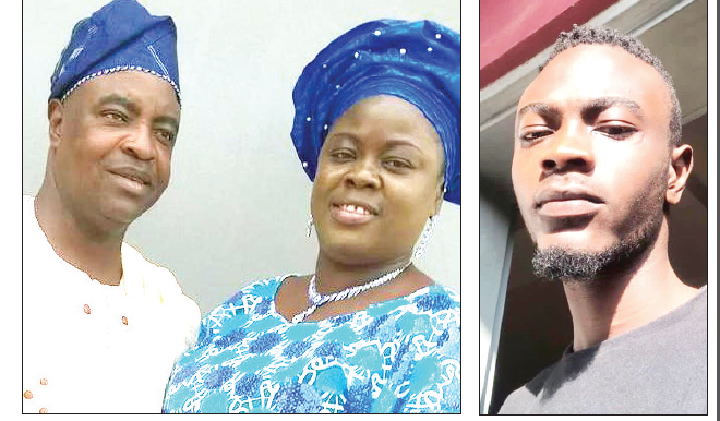 There was disquiet in the police as strong indication emerged on Saturday that a crack team of Ogun State Police Command has closed in on the gang that perpetrated the gruesome murder of a couple, Kehinde and Bukola Fatinoye and their son, Oreoluwa.

Our correspondent gathered that one of the two prime suspects arrested in connection with the murder of the ex-worker of the Central Bank of Nigeria, his wife and their son on New Year’s Day had escaped from police custody.

An online media platform had reported that one Felix who lived with the Fatinoye family had raised the alarm that he recognised the driver of the couple, identified as Lekan allegedly participating in the murder of the family.

Felix had reportedly raised his voice when he was taken to the river side where Oreoluwa was drowned, indicting Lekan who was the late wife’s driver of being involved in the dastardly act.

Our correspondent gathered that Lekan was promptly arrested and taken into the custody for questioning.

A police source told our correspondent that the police had two suspects in their custody until Friday when one of them escaped.

The source who craved not to be mentioned because of the sensitivity of the matter, said Lekan mysteriously escaped from the custody.

It was however gathered that police had launched a manhunt on Lekan and other suspects traced to the incident.

When asked whether the allegation that one of the suspects had escaped from their custody, Oyeyemi declined comment.

Further findings showed that policemen have been deployed into the nooks and crannies of the area in search of the escaped suspect.

Meanwhile, the picture of Lekan attached to a message asking the public to join in the search of his whereabouts had gone viral.

Our correspondent sighted a copy of the message which claimed that it emanated from police.

The message with a titled “Wanted” read “this is the guy suspected to have been part of the culprits that murdered a couple in Abeokuta on the New Year’s Eve.

“His name is Lekan. He is currently at large and has been declared wanted by the police. Anyone who knows or sees him should contact the nearest police station. Kindly share.”

The couple were killed by the assailants in the early hours of January 1, at their Ibara GRA home shortly after attending a crossover service at Christ Anglican Church, Iporo-Ake, Abeokuta.

They were later set ablaze beyond recognition.

Their son was thrown into a river along Adigbe in Obada-Oko where his remains were recovered three days after.