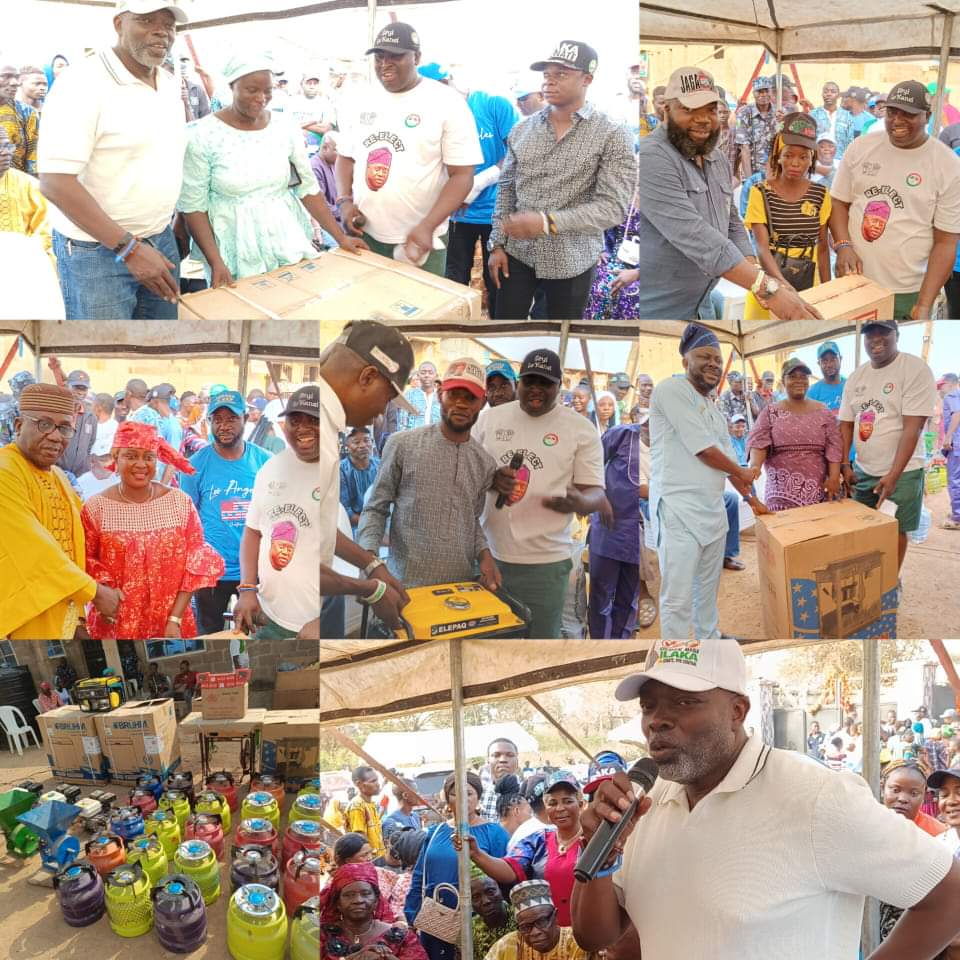 The empowerment programme which was held simultaneously in the three councils on Sunday was one of its kind in the state capital.

Speaking earlier, the special guest of honour who is the Peoples Democratic Party PDP candidate for Oyo Central Senatorial District, Chief Bisi Ilaka it was an epoch-making day as a non-political office holder in the person of Agbaakin Olorunda Abba, Oloye Akika has been touching and transforming many lives.

The former Chief of Staff to Governor Seyi Makinde described Akika’s bold initiative as a pragmatic example worthy of emulation by other political office holders and leaders including well-meaning individuals and corporate bodies, instead of flaunting their wealth and throwing crumbs at the downtrodden and less privileged individuals.

In his remarks, the former deputy chief of staff to Governor Seyi Makinde and PDP candidate for Oluyole Federal Constituency, Hon Abdulmojeed Mogbonjubola popularly known as Jagaban,
applauded the noble path Benedict Akika has chosen, saying “rather than throw crumbs at people, he prefers building the necessary social and physical infrastructure, train people in life skills, and give them startup funds or equipment that will make the beneficiaries to be self-reliant.

Similarly, the Commissioner for Public Works, Infrastructure and Transport, Professor Kehinde Sangodoyin described the founder of Omitutun Benedict Forum, Oloye Akika as a worthy ambassador of his principal, Governor Seyi Makinde who he said has been complimenting the efforts of the present administration by collaborating effectively in the areas of empowerments, trainings and skills acquisition programmes for the downtrodden.

Some of the empowerment equipment shared across the three councils include, hundreds of sewing machines, popcorn making machines, deep freezers, grinding machines, mobile phones, cash support for small and medium business owners among others.

Some of the beneficiaries lauded Oloye Akika and expressed their profound gratitude to Omituntun Benedict Forum.

They pledged their support for the re-election of Governor Seyi Makinde and other PDP candidates in the forthcoming general elections.