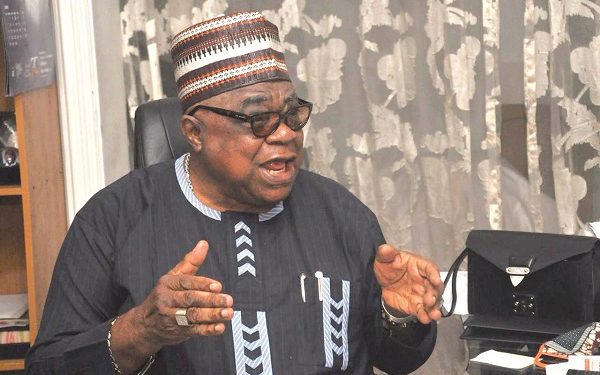 One year ago on January 12th 2022, Oyo State lost an illustrious son in the person of late Otunba Christopher Adebayo Alao-Akala, former Executive Governor of Oyo State, and in marking the first year since his transition to glory, the House of Representatives member representing Ibadan North Federal Constituency, Hon. Prince Olaide Akinremi (Jagaban) has joined many other well wishers in remembrance of a great man who lived for his people.

Hon. Olaide Akinremi Jagaban in a release he personally signed stated that, “Time has passed and we have reached a full year since the transition of our father, leader, and mentor, Otunba (Dr.) Christopher Adebayo Alao-Akala whose soul has been resting with his maker”.

“I join his family, friends, associates and the people of Oyo state in remembrance of a great and charismatic man today. Otunba Alao-Akala lived an exemplary life. He was a philanthropist and humanitarian per excellence, he loved people and radiated happiness at all time”.

“He was a man who lived a life of service to humanity, he served Oyo State meticulously and remained a highly respected leader till his demise. On the administrative, political and social fronts, he made impacts and left lasting legacies. He was a man who was truly committed to his people”.

“A man like late Otunba Adebayo Alao-Akala deserves to be remembered and celebrated for his all round impacts in the lives of people. I learnt valuable lessons from him while he was alive, and from his experiences and entire life, many have also learnt important lessons”.

“I pray for the continuous repose of his soul on this 1st year anniversary of his death, and may God Almighty abide by his entire family, political associates and followers in this new year, amen”.