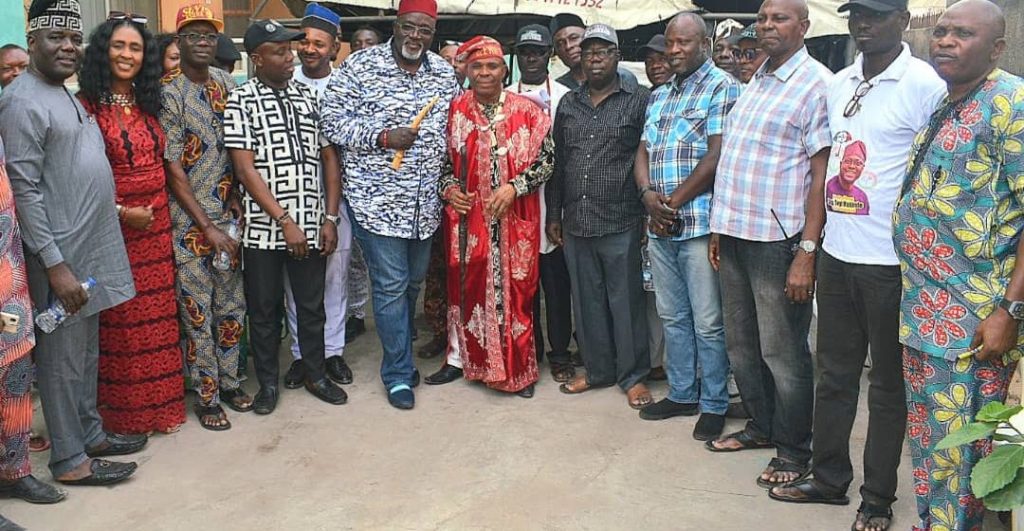 The above associations recognized his outstanding performance on socio-economic development in his Constituency. They applauded him for his dedication, commitment, and selflessness to his constituents irrespective of their ethnicity.

The President, speaking on behalf of the Forum pledged their total support for his re-election and promised a massive turnout at the polls to vote for him and all PDP candidates come February and March general elections.

In addition, the president further demands to be part of his campaign train to be able to deliver their promises to re-elect him (Odidiomo) excellently well.

In his remarks, Hon. Stanley Adedeji Olajide aka Odidiomo returned all glory to the Almighty God who preserved him to this day. He deeply appreciated their warm reception, a kind gesture, love for him, and the prestigious chieftaincy title “Nwanne Dinamba Ndigbo of Yoruba Land” bestowed on him.

With him are the Executive Chairman of IBSWLG, Hon Kehinde Akande, and The party chairman for IBSWLG, Hon. Moruf Balogun, Hon Tajudeen Adigun, Hon Aleshinloye, Hon Babatunde Ige, Hon Abiola my DG, and a host of other dignitaries and party faithful.

This has strengthened his resolve to do even more for his constituents pre and post-general elections 2023.