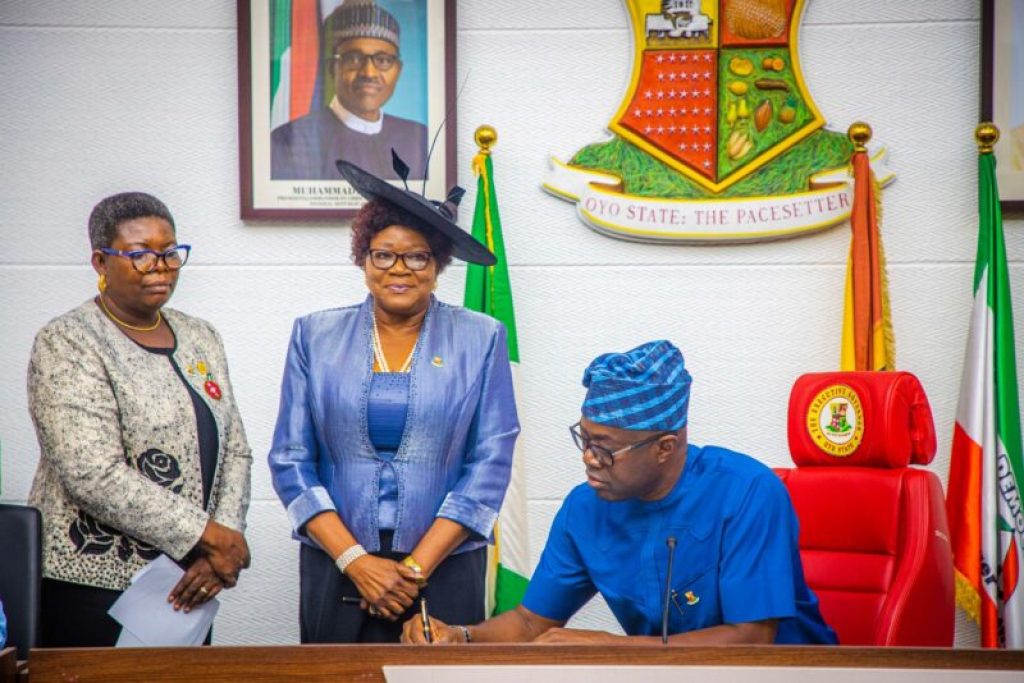 Oyo State Governor, ‘Seyi Makinde, on Monday, sworn in Justice Iyabo Yerima as the Acting Chief Judge of the State.

The swearing-in of the new acting Chief Judge, Justice Yerima, is coming few days after Justice Muntar Abimbola bowed out of the bench.

At the brief ceremony, which held at the Executive Chamber, Secretariat, Ibadan, the governor stated that his administration will give the Acting CJ necessary support to carry out her duty diligently.

He added that his administration will continue to work with all other arms of government to ensure the judicial system is modernised.