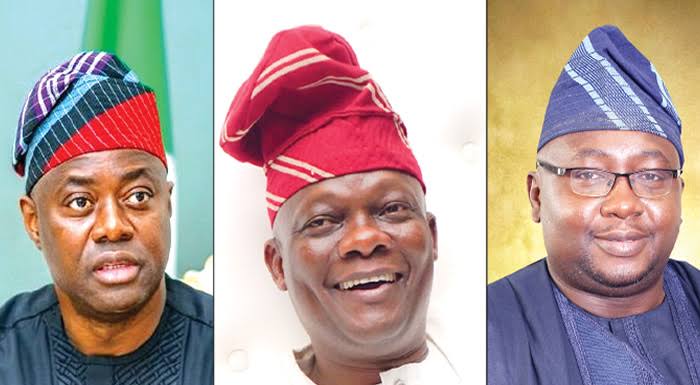 The ruling Peoples Democratic Party (PDP) in Oyo state had again told opposition parties contesting against the incumbent, Governor Seyi Makinde in the March 11 governorship election to have a rethink as it was impossible for anyone or group of persons to unseat a performing governor whose street credibility daily soars very high.

This was as the party also maintained that February 25 elections results would be so landslide that the ruling party’s corporate existence would be adversely threatened with the gale of defection that would follow from top to bottom into the PDP.

The Oyo state PDP explained that the coming March 11 guber election results would shock opposition parties in the state to their core maintaining that Oyo geopolitical zone like other zones in the state has also fully aligned itself with the sustained accelerated development under Governor Makinde who is also the governorship candidate of the ruling PDP in the March 11 election.

The Publicity Secretary of the PDP, Akeem Olatunji, who disclosed this in a press statement on Monday morning insisted that the call on Opposition party candidates to drop their ambitions from various quarters at the present political era was born out of brotherly affection away from politics and politicking.

The ruling PDP in the state however, expressed gratitude to various political stakeholders and interests in Oyo federal constituency for their open show of love and endorsement of Governor Makinde for another term noting that there was no other proof needed to confirm that the coming election is already game over in Makinde’s favour considering the love and passion shown by the masses.

Maintaining that the handwriting was already bold enough for even a visually impaired person to read or the sound loud enough for the deaf to hear, Olatunji reiterated that wasting scarce resources to campaign against the people’s mandate remains a journey on a one way street to a dead end.

Olatunji added that while it was normal for politicians and political parties to play politics, it was exigent and imperative for a politically savvy minded person to decode the right political time and season to make certain political moves otherwise the end result was always a dead end.

Olatunji stressed that Governor Makinde, based on his unprecedented sector by sector achievements in less than four years has seriously embarrassed critics and dissenting voices in the state with tangible success stories such that it was safe to assert that March 11 governorship election was only for Makinde to grab.

Speaking further, Olatunji stated that political race only becomes competitive if an incumbent has failed on his promises to the people governed stressing that Makinde has fulfilled his campaign promises predicated on the four cardinal pillars, and substantively enjoys maximus support and full backings of the masses in the present political season.

He added that it would amount to a politically reckless act of a neophyte for any of the opposition candidates to think he or she could come against a very popular candidate as Governor Makinde in an election that has already been won based on the masses full support even before the poll.

According to the ruling PDP in Oyo state, “what Oyo federal constituency has done during our party’s campaign tour of the zone was a revalidation of what Ibarapa and Ogbomosho have done by making a bold statement with their endorsement of Governor Makinde for continuity in office.

“As much as we may want to assume everything is about politics, only individuals with desperate underneath ulterior motives would seek to go against a man that is fully committed and dedicated to making Oyo state pride of the nation for us all regardless of political affiliations.

“It is often said in this part of the world that the voice of the people is the voice of God. We strongly believe it. It was the people who themselves wanted Seyi Makinde in 2019 against all odds, it is still the same masses that have adopted the governor as the people’s mandate for 2023 so, all we can do is continue to serve the people and sustain the happiness that has spread wide like an airborne suiting elixir which brings comfort, relief, joy and restoration of lost glory.

“From Oyo East to Oyo West, from Afijio to Atiba, Fiditi, and other parts of Oyo federal constituency, the message is one and very clear; ‘Seyi leekansi’, we hear you very loudly and we owe it a duty to make life more meaningful. With Makinde, Oyo is more than ever before in a safer and secured hands.”