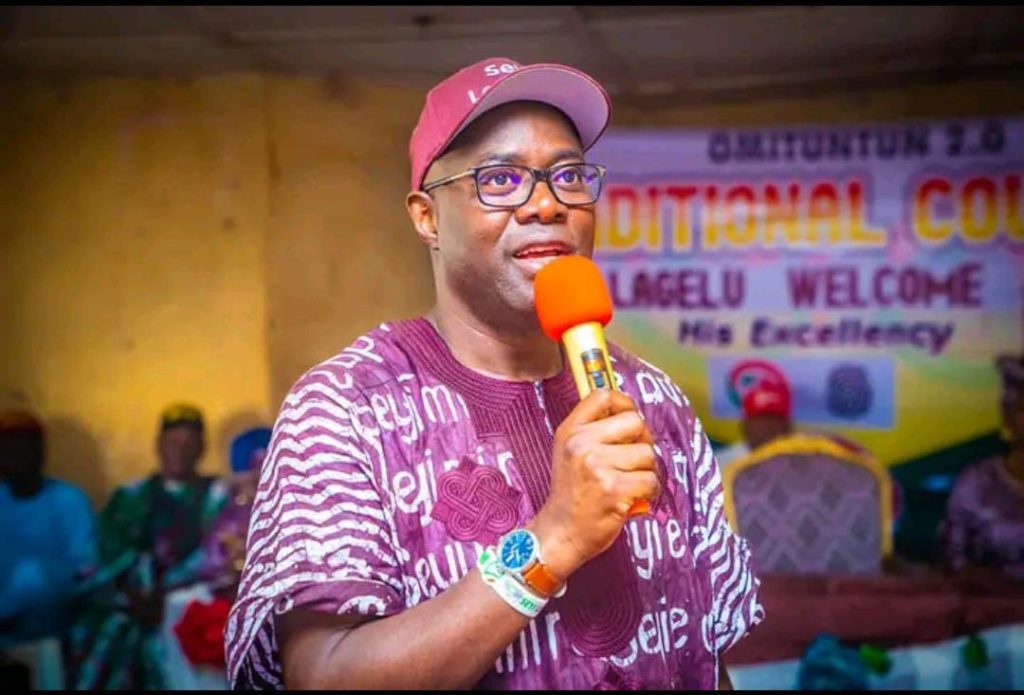 The Director General For Youth mobilization for Governor Seyi Makinde’s Re-election, Hon. Salami Ibraheem Oladeji Dikko described the Governor of Oyo state, engineer Seyi Makinde as a performing Governor. Thousands of PDP party faithfuls, Youths and traders in Lagelu L.G came out massively to give a rousing welcome to the governor, most especially as the Traditional Leaders/Worshippers, Christians Association Of Nigeria (CAN) Lagelu Zone, League of Imams&Alfas endorsed Governor Makinde for second term come march 11 and other PDP Candidates.

Governor Makinde has shown the world that governance is not a rocket science and you don’t have to delude or hoodwink the public by promising them what you Know you wouldn’t fulfill if you are voted in.

Today, Gov. Makinde has the confidence to re-visit where he visited in 2019 when he was seeking the support of the people for Gubernatorial seat.

He visited the places with confidence because he has walked his talk by bringing all the promises to concrete reality via the road map documents 2019-2023 using Data, Logic and science models.

While speaking at Lagelu, Governor Makinde promised to revive Lagelu economy by patronizing our local industrial made and he promised to turn the entire Lagelu to an industrial hub very soon that will create more jobs for the teeming youths.

In his words: ” I am standing here today to assure you that our children who do not have a means of survival will no longer be idle but become an employer of labour as well business tycoons.

In the end, the governor urged the people to come out en masse and vote all PDP Candidates in the forthcoming general Elections.

“I have the confidence that youths and various stakeholders in Lagelu local government will support Seyi Makinde re-election bid to continue as the Governor of Oyo state.

While Hon. Dikko Salami also seeks the support of youth and Students more to make Omituntun 2.0 a reality.

He charged all to continue to campaign through all nooks and crannies of the state for the success of the party so as to deliver on the target of 500,000 votes from Youth constituency.

“With what am seeing here today I believe victory awaits all PDP candidates in the poll, Dikko said