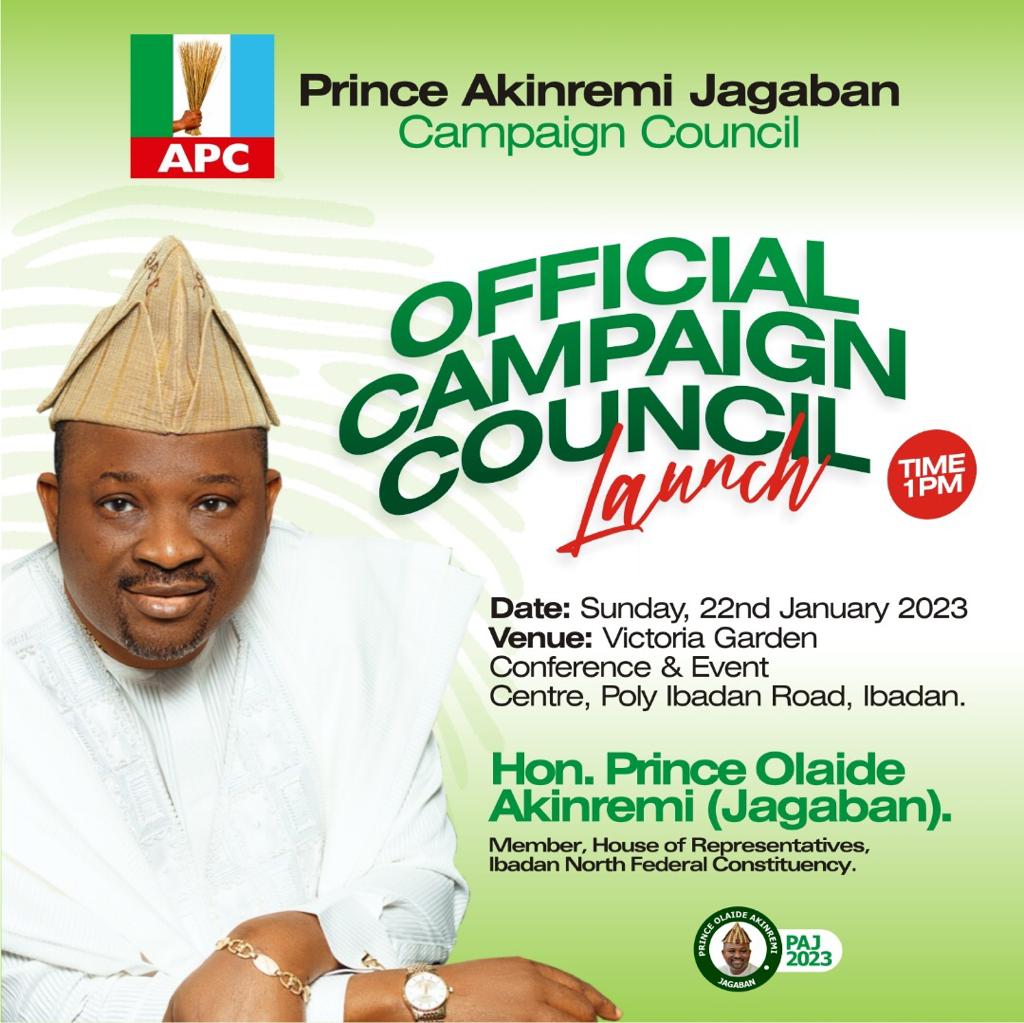 The House of Representatives member representing Ibadan North Federal Constituency, Hon. Prince Olaide Akinremi popularly known as Jagaban has finalized plans to launch his campaign council as campaign activities heats up in preparation for the February 25th 2023 Presidential and National Assembly elections across the Federation.

In a statement signed by his S.A Media & Publicity, Micheal Adegbuyi and made available to TODAY SPLASH, States that epoch event which is to mark the Prince Akinremi Jagaban Campaign Council Launch is set to take place on Sunday 22nd January 2023 at Victoria Garden Conference & Event Centre, Poly Road, Ibadan starting from 1pm.

Prince Akinremi Jagaban who is standing for re-election under the platform of the All Progressives Congress (APC) to represent the good people of Ibadan North Federal Constituency for a second term has found this campaign council launch necessary to further encourage the commitment and determination of party faithfuls who had taken assiduous campaign steps prior to this time.

The Prince Akinremi Jagaban Campaign Council is an all-inclusive campaign organization which is set to feature eminent personalities, seasoned technocrats, highly respected community leaders and political heavyweights from all Wards in Ibadan North Local Government who will be working together to achieve electoral victory for Hon. Olaide Akinremi in the forthcoming elections.

The re-election of Prince Akinremi Jagaban to the House of Representatives remains important to the good people of Ibadan North Federal Constituency considering his highly commendable and laudable achievements in his ongoing first term of representation, where he has laid excellent reference points for all and sundry.

With numerous capital projects, human capacity development and welfare programmes, Hon. Olaide Akinremi’s performance has transcended those of his predecessors. And while these ranks him high among his colleagues, it also affirms his worthiness to be re-elected to the House of Representatives on Feb. 25th 2023.