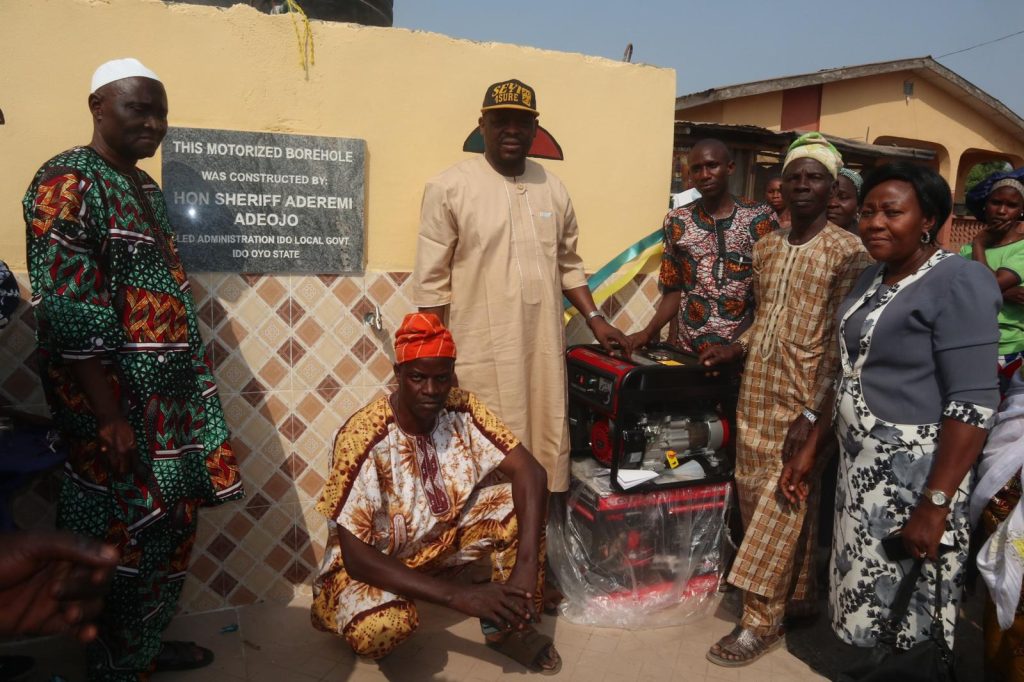 The residents of Ilaju community, ward 1, in Ido Local government have lauded the ingenuity and vision of the Executive Chairman of the council, Hon Sheriff Aderemi Adeojo on the donation of a set of borehole to to the community.

The community leaders and residents gave the commendations on Thursday at the commissioning of motorized borehole done by the chairman which is a fulfilment of one of his campaign promises for the community.

They described water project as exemplary gesture worthy of accolades stating that potable water has been a major challenge for the people of the community.

Speaking on the rationale behind the donation of the project, Hon Sheriff stated that it was part of his core mandate to provide succour in response to the yearnings of the people, thereby complementing Governor Seyi Makinde’s efforts at making life more abundant for the people.