Omituntun 2.0: My Target Is A Historic 1-million Votes, I’m Banking On You All To Make It Happen—Makinde •Egbeda Campaign Rally Best So Far—Hon. Dikko 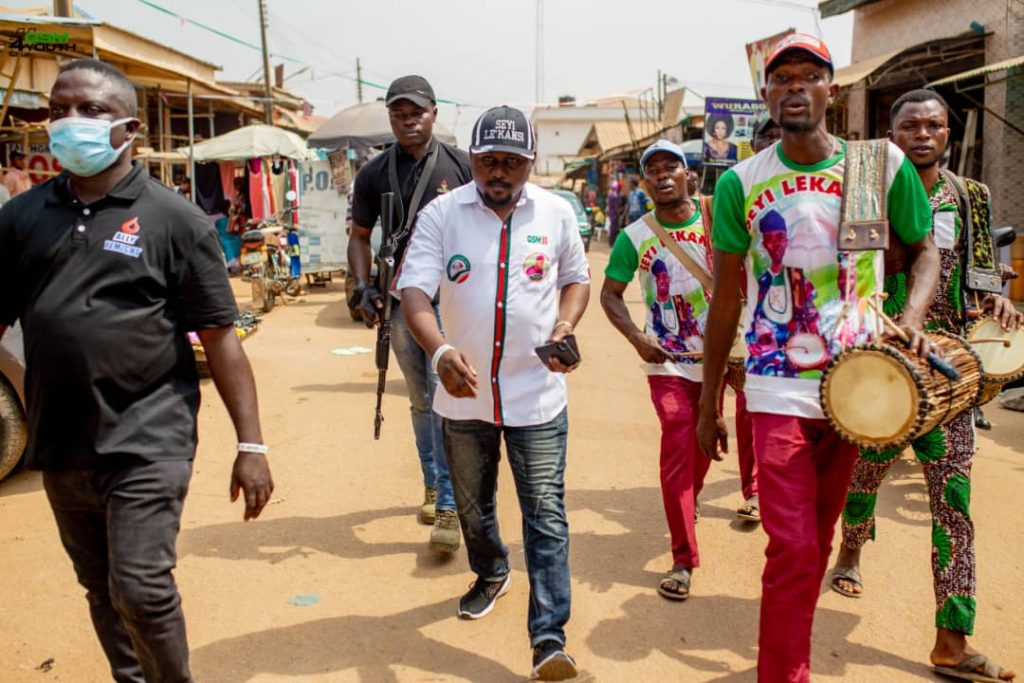 ……Charges Youths Not To Relent on Their Promise to Deliver 500,000 Votes for Makinde’s Re-election

The Oyo State governor, Seyi Makinde has boasted that he will secure at least 1 million votes in Egbeda local government, one of the 33 local government areas of the state.

Makinde made the statement during his campaign rally held at Egbeda Local Government on Friday 20th January 2023 in continuation of the Omituntun 2.0 campaign rally.

When addressing the people of Egbeda, Makinde expressed his appreciation to all and sundry for their support in the ongoing Omituntun 1.0.

The state governor also named the Alakia Airport campaign ground the Freedom Park and he promised to commission it within six months from now.

Governor Makinde also approved the appointment of Egbeda Christian Association Of Nigeria (CAN) leader, Revd. Oyekunle as the Chairman of the Oyo State Rural Electrification Board, fulfilling the promise made to the good people of Igboora a few weeks ago during his official campaign flag-off.

While addressing the people of Erunmu, he reiterated the approval of two months’ salary deductions out of five months for workers in state to be paid in some day’s time.

The governor assured the people that, the newly metropolitan Adogba central mosque financed with his fund will be commissioned and dedicated to God and use of humanity in two weeks, and promised to complete the abandoned Al-Haqdeen International Islamic center Mosque in old as requested by the founder, Khalifah Sheik Dhikrillahi.

Speaking further, he said: “I Am here today promising you again that Erunmu To Egbeda Road will be Implemented in Omituntun 2.0 and my target is One Million Votes which I believe you all will make happen.”

Hon. Dikko charged the residents to campaign through the nooks and crannies of the state for the Omituntun 2.0 actualization and reminded the youths again of their mandate to deliver 500,000 votes for Makinde in the forthcoming governorship election.

While seeking the youth votes for Governor Makinde, the director of youth Mobilisation, Hon Dikko urged all the youths and students in Egbeda to support the Omituntun 2.0 as it’s going to be another prosperous and rewarding four years for all in the state.