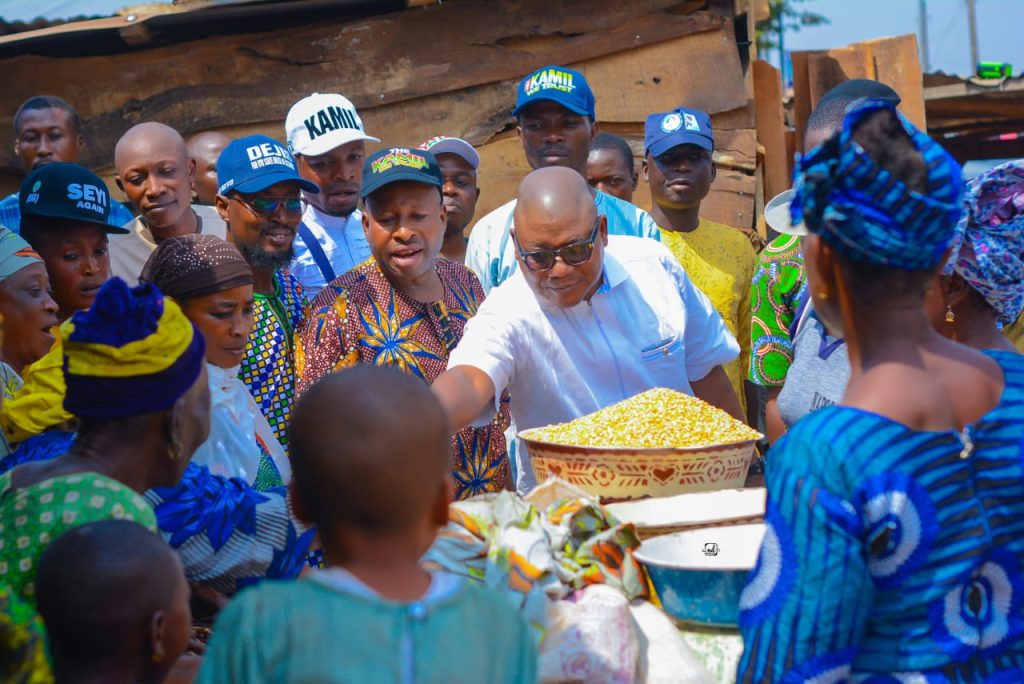 While speaking at the consultative session, Mr. Iwinyemi Olusegun, chairman Oyo zone Agro allied and Okediji market traders assured the house of representatives candidate of their support, stating that “power comes from God and God has destined you to return-elect, to the green chamber, no human being can change it. You have been there before (between 2007-2015) and we all can attest to what you did for Afijio local government area, we’re one of the beneficiaries of your scholarship programme as house of representative member. We are here for you and will do the needful to return you to the green chamber.

Also, Mr. Aderibigbe Fatai, chairman Ilora farm settlement reiterated support to Gov. Seyi Makinde administration in Oyo state, adding that a wise man will understand the fact that a vote for PDP across board would guarantee economic recovery, employment of men and women, solution to insecurity, development of agriculture and productive standard of living while APC are agent of deceit, as well as enemy of the masses in all ramifications.

He further affirmed that Kamil Akinlabi and Deji Oparinde is a renowned name in Oyo federal constituency and the farm settlers are ready to canvass, mobilize, supports and votes PDP across board. He now used the medium to tender the needs of the farm settlers like motorised Borehole Water, Solar light, asphalt tarred of farm road, Tractors for farm work and juicy political appointment.

He also solicits for resustication of Silo in the settlement, provision of fertilizers, farm inputs and others.

In his own word, the former council chairman and Afijio PDP leaders, Hon Owolabi (a.k a Owo blow) reiterated the fact that, their votes for PDP remains the strong weapon for great development, dividends of democracy. “Don’t share your destiny, your votes is the future of your children, votes PDP from top to bottom”.

Equally, Hon Kayode Adio, chairman Ilora development association in his own word, added that the moribund farm settlement will return back to normalcy as well as renamed FARM ESTATE by Gov Seyi Makinde, road from Ilora-farm settlement- Ojutaye will link moniya- Iseyin road, it will be done by the state government and world bank. He urged the farmer and resident of the settlement to votes PDP across board and not to separate votes.

In his remarks, Hon Mudashir Kamil Akinlabi, appreciate the support for his ambition, he described Afijio people as a unique humanbeing, foresight and resourceful.

He promised to run an all-inclusive and people-centered representation, where every constituents, irrespective of tribe and religion is carried along in the developmental journey of Oyo federal constituency and the State at large.

While recalling his skill acquisition centre in Jobele, Borehole dug in Ilora and other empowerment and scholarship provided, he urged them to votes Hon Deji Oparinde, Seyi Makinde and all PDP candidates