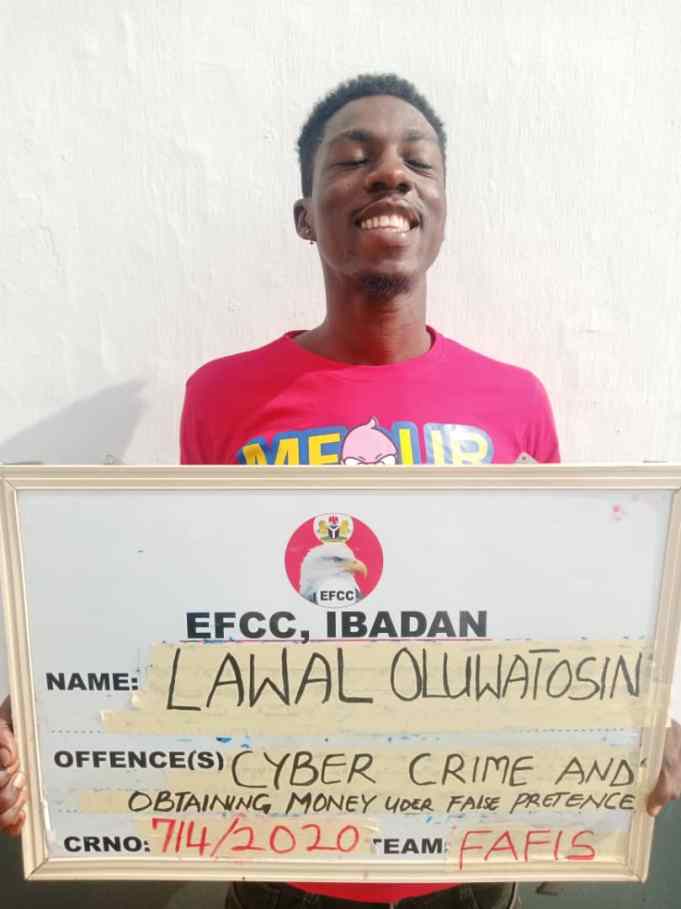 The defendant who pleaded guilty to a one count charge of obtaining money under false pretence leveled against him by the Economic and Financial Crimes Commission have been sentenced to three months inlmprisonment.

Justice M. A. Odegbola of the Oyo State High Court, sitting in Ibadan, Oyo State on Monday, March 8, 2021, convicted and sentenced one Michael Tosin Lawal, an Uber driver, to three-months in prison. He was convicted after he pleaded guilty to an amended one count charge bordering on obtaining money by false pretence, preferred against him by the Ibadan Zonal Office of the Economic and Financial Crimes Commission, EFCC.

The lone charge reads, “that you, Michael Tosin Lawal ‘M’ sometimes in the year 2020, in Ibadan Oyo State, within the jurisdiction of this Honourable Court, with intent to defraud, obtained Gift Cards from one Trevor, a white male by falsely representing to him that you are a white female by the name Cyndy Tyler from the United States of America, which pretence you knew to be false”.

Following his plea, Justice Odegbola convicted and sentenced him to three months in prison. He also ordered the convict to restitute the sum of $50 (Fifty United States Dollars) to his victim through the EFCC and forfeit items recovered from him to the Federal Government of Nigeria.