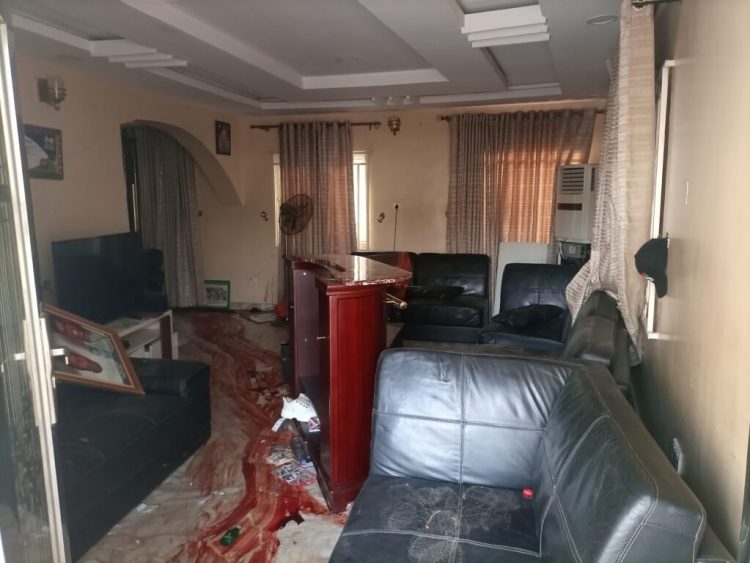 Chief Sunday Igboho’s wife, house maids, wives and children of his boys, have reportedly regained freedom from DSS and Nigerian Soldiers in Ekiti, Ekiti State, while they went away with a lady blogger and other six boys.

One of the released women who pleaded anonymity disclosed that men of DSS alighted them in Ekiti, while they went away with others.

In her narration, she said that immediately they carried out their alleged dastardly operation at Sunday Igboho’s residence in Ibadan early this morning, they headed towards Iwo road axis of the ancient city, where the DSS alighted Nigerian Soldiers and headed towards Ekiti State State where they disembarked her, other women and the children and continue their journey with the Sunday Igboho’s boys.

She added that the DSS felt reluctant to release a lady blogger and other six(6) boys while in Ekiti State.

She added that the corpses of five people who were allegedly killed by men of DSS and Soldiers had been deposited at a particular mortuary in Ekiti State.

She explained that after they had been alighted, they were given an amount of #20,000 for fare to Ibadan.

She said that they were neither beaten nor maltreated through out the journey in the DSS’ operational vehicles.

Watch and listen to Olayomi Koiki below;

Blame Not Adisa | By Abiola Abdulfatai