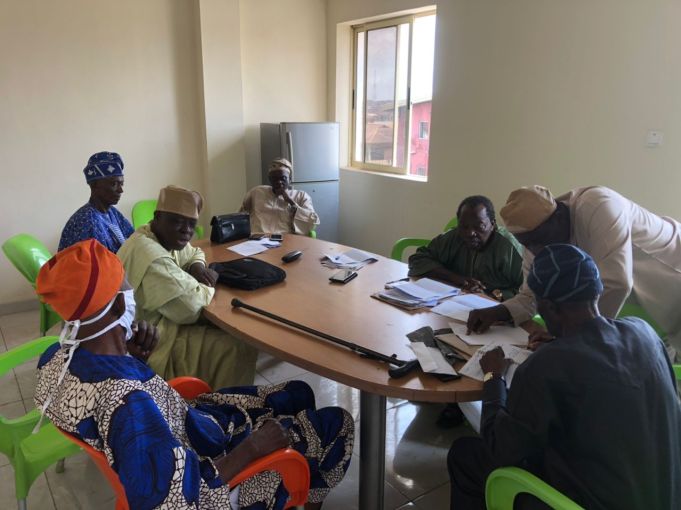 Drama continues in the Oyo state chapter of the All Progressives Congress (APC) over membership of the state executive committee of the party as Chief Adebayo Alao-Akala has reported Akin Oke, outgoing chairman of the All Progressives Congress, APC to the national headquarters of the party, alleging him of fueling the crisis bedevilling the party in the state.

Akala, who made this known after the harmonisation meeting of the party at his Bodija residence, asked the party to deal with Hon. Chief Akin Oke, who incidentally is from his Ogbomoso North local government area accordingly.

Akala insisted that Oke and other persons have no right whatsoever, to change the list of winners of the APC congress which took place the penultimate week.

Ogboku, who briefed journalists after the meeting, said he has come to monitor and observe proceedings, adding that his committee has no right to change the list of winners of the congress.

He added, “Anybody who has any grievances can come forward to us. But as at now, we have not received any petition.”

Recall, the harmonisation list meeting is coming after disagreements arose among party members over the congress that held on October 30.

Among resolutions reached at the Alao-Akala led meeting were that the October 30, 2021 state congress of the party, followed the zoning template approved on Monday, October 11, 2021, by the leaders of the party.

A motion for the adoption of the resolution of the meeting was subsequently moved by Minority Leader of the Oyo Assembly, Honourable Asimiyu Alarape, seconded by Pa Samuel Adekola to the effect that the list of excos that emerged at the state congress held on October 30, 2021 stands, and is to be submitted to the national secretariat of the party.