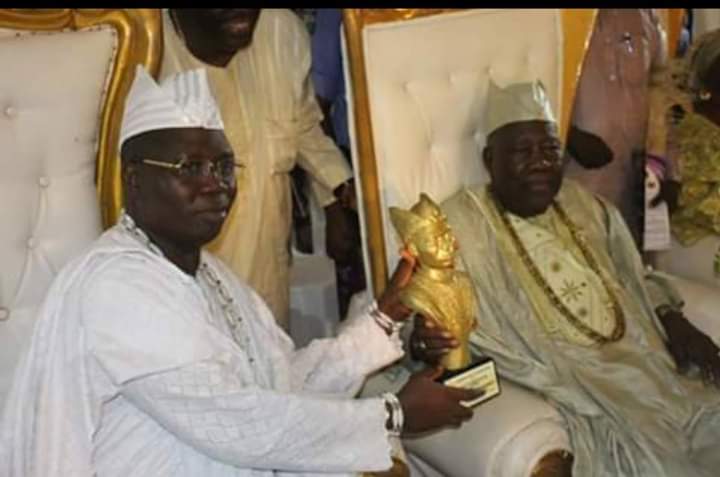 The Aareonakakanfo of Yorubaland, Iba Gani Adams, on Sunday, described the death of Olubadan of Ibadanland, Oba Saliu Adetunji as a huge loss, saying the demise of the first class monarch has robbed Nigeria and Yoruba land of a mature and peaceful monarch.

Aare Adams, in a statement by his Special Assistant on Media, Mr Kehinde Aderemi, expressed shock at the news, saying the late Oba was mostly loved by sons and daughters of Ibadanland, having the most peaceful reign in Ibadan in recent times.

He said: “I feel bad at the news of Kabiesi’s death, however, I am happy he died a hero.

“The late Oba Adetunji, in his life, brought immense development to Ibadanland.He was very mature, pleasant and peaceful.

“The late Olubadan was never controversial. He was among the prominent Obas that graced my installation ceremony as the Aareonakakanfo of Yorubaland in Oyo, in January 2018.

“And he had a robust relationship with the Alaafin of Oyo, Oba Lamidi Adeyemi III, throughout his reign.

“Kabiesi’s mature and peaceful life was in display throughout his reign and it was evident that Ibadanland had peaceful and great moments in history during his reign.

“Very pleasant, the late Oba Saliu Adetunji was a brave man with distinct records of successes. Kabiesi’s five years reign was a milestone and we can hardly forget his immense contributions to the ancient town of Ibadan as well as the traditional institutions.

“With Kabiesi’s death, Yorubaland has lost a peaceful monarch and symbol of humility. We have also lost one of our respected monarchs and a pillar of hope for our race.

“Olubadan’s death had also robbed us of a true ambassador, whose maturity and wealth of experience is next to none.

“Kabiesi died at a deservedly old age, and his strength of character was very noticeable.

“His imprints in Ibadan and the entire southwest was remarkable.”

While he prayed for the repose of the monarch’s soul, he said that Ibadan and the entire southwest will sorely miss the monarch’s forthrightness, strong voice and exemplary character.

He said: “Olubadan’s death, though, shocking brought to four, the number of prominent Yoruba monarchs that have joined their ancestors in the last three weeks.”