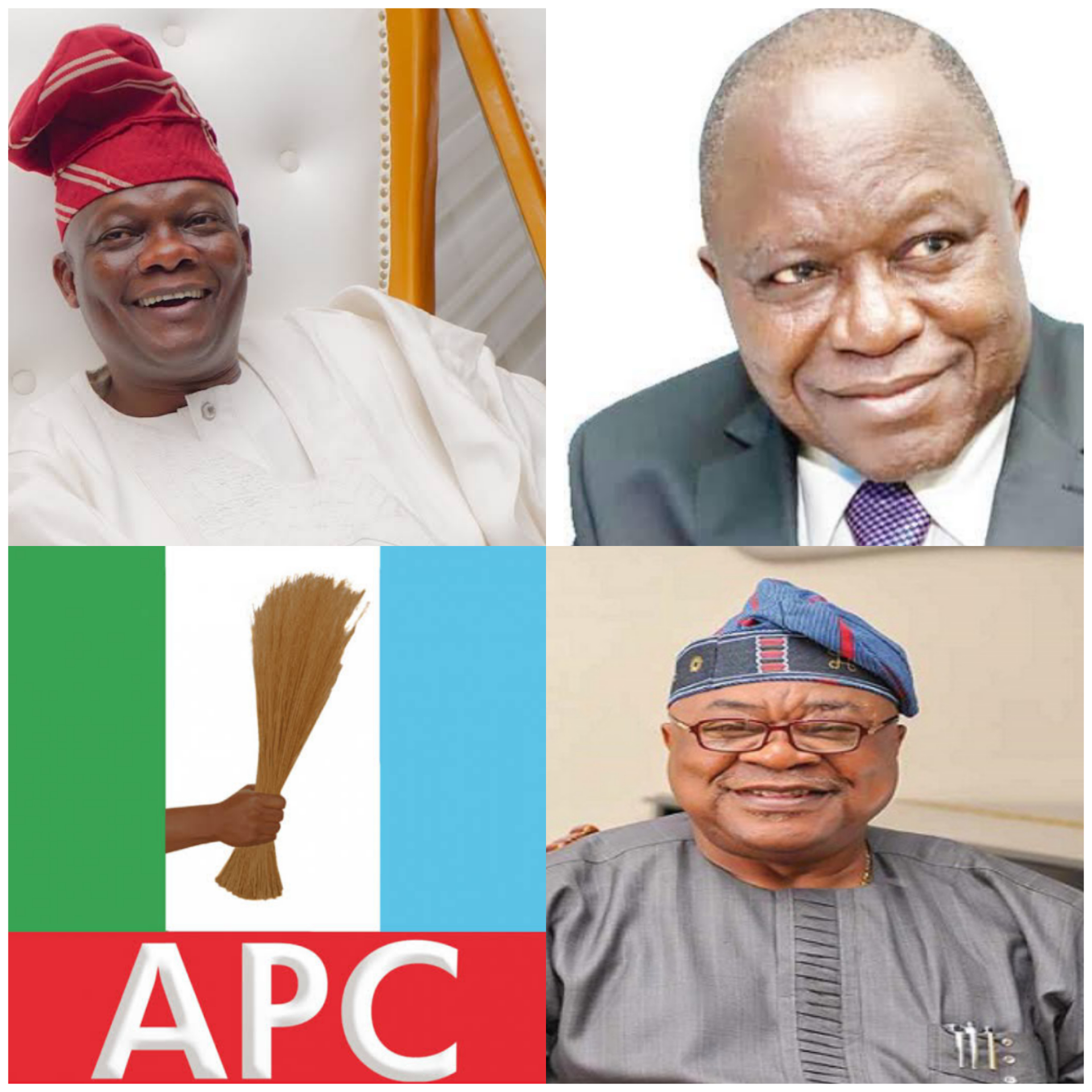 The untimely and unfortunate death of the former Oyo State Governor and the Chairman of Oyo State APC Elders Council, late Alao Akala has no doubt put the party in another leadership Crisis in the State.

Akéde Ọ̀yọ́ recall that leaders in APC were teared apart because of the state Congress that produce a former Commissioner in the state, Mr Isaac Omodewu.

Frantic efforts were made to resolve the issues by leaders from various camp, several meetings were also held at Abuja, Mai Mala Buni led Caretaker Extra-Ordinary Convention Planning Committee of the All Progressives Congress, APC also mandated that a list is drawn to cater for all warying parties.

This was still the peace meeting the late Alao Akala and other members are trying to put in place before death took him away untimely.

The harmonised list for the state chapters is expected to be released this week, preparatory to the swearing-in of the new state helmsmen.

But a source close to the party’s national secretariat disclosed at the weekend that with the fresh crisis bound to be bigger in proportion than experienced in recent past, the release of the approved state chapters’ executives may be delayed till a few days to the convention.

Two senior operatives of the governing party told Sunday Tribune yesterday that the party is manifesting all symptoms of a post-convention explosion if the exercise scheduled to elected new national officers for the party will hold at all.

The fresh crisis is reportedly coming on the heels of accusations of lack of sincerity and objectivity on the part of the Buni leadership by factional elements in state chapters.

The two broad parameters allegedly adopted by the Buni leadership to govern the power-sharing deals among factions in the state chapters are said to be countenancing APC governors as leaders in their states and highest-ranking public office holder members as leaders in non-APC states.

While other tendencies are to be accommodated in the power-sharing deals, the two categories of leaders are tipped to be in control of party structures in their states as well as major and majority of state executive positions.

But the national secretariat of the party, which made the power-sharing rules, is being accused of bending them when and where it suits the purposes and interests of leading members of the Buni committee.

The Senator representing Oyo Central Senatorial district, Senator Teslim Folarin and a legal luminary Chief Niyi Akintola, SAN, have emerged the frontrunners for the control of the party.

While Folarin is a former senate leader as a PDP chieftain, Akintola was briefly a deputy speaker of the state House of Assembly.

While a governor of a North-Central state is rooting for Folarin, Akintola is largely favoured by prominent stakeholders.

If the statutory arrangement is to be followed in the absence of former governor, late Adebayo Alao-Akala, Chief Iyiola Oladokun, a former deputy governor of the state and the current highest-ranking public office holder, should emerge APC leader in the state.