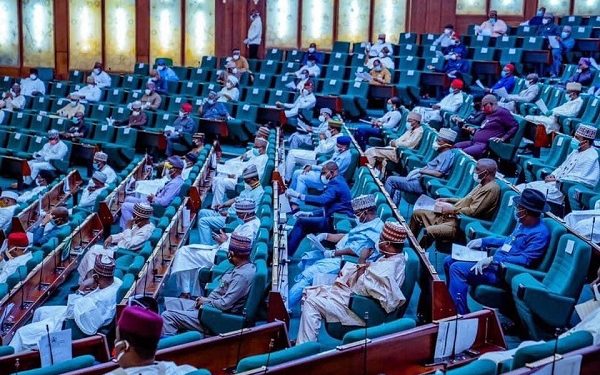 The House of Representatives has recommended that the Nigeria Customs Service (NCS) pay the sum of N390 million as compensation to families of persons reportedly killed and brutalised last ⁰⁰⁰0q000000000p by Customs personnel in Iseyin, Ibarapa, Jibia and other communities in Oyo State.

The order came after the adoption of separate motions sponsored by Hon. Shina Peller and Hon. Ajibola Muraina. This led to the House mandating its Committee on Customs and Excise to investigate the killings to ensure that justice is served and the victims are adequately compensated.

At the investigative hearing in October, families of victims had demanded compensation from the service as well as a public apology for the barbaric acts.

While the relatives of the Iseyin, Oyo State victims had asked for N4.5 billion as compensation for the four killed and one injured, the families of the Igangan, Igbo Ora, Ayete and Tapa in the Ibarapa area of Oyo State demanded N700 million.

The House considering and adopting the recommendations contained in three reports, presented by Chairman Committee on Customs and Excise, Hon. Leke Abejide said life has no duplicate and cannot be replaced once lost, as such, the families of the deceased should be compensated in monetary terms.

According to the lawmakers, each of four souls lost at the Iseyin incidence would be compensated by the Nigeria Customs Service with the sum of N20,000,000, while that for the person who sustained a gunshot injury be paid the sum of N2,000,000 as compensation for the treatment of the injuries sustained.

“The grand total for compensation for both the deceased and the injured is the sum of N82,000,000 only”, Hon. Leke stated.

For Jibia LGA incidence, the lawmakers said each of the 10 souls lost should be compensated with the sum of N20,000,000 by the Nigeria Customs Service, adding that the 13 persons who sustained gunshot injury should be paid the sum of N2,000,000 for the treatment of the injuries sustained.

For the other communities, the reports stated: “That the House do consider the Report of the Committee on Customs and Excise on the Investigative Hearing on the Brutal Murder at Igangan, Igboora, Ayete, Tapa in Ibarapa Area of Oyo State by men the Nigerian Customs Services and approve the recommendations therein.”

The House also recommended that officers involved in the acts should be brought to book and punished accordingly to serve as a deterrent to others.

They also advised that provision should be made for procurement of ballistic vehicles (Bullet Proof), Bullet Proof Vests, and helmets urgently for Nigeria Customs Service to confront the daredevil smugglers attacking their officers at Border Stations whenever the smugglers opened fire on them.